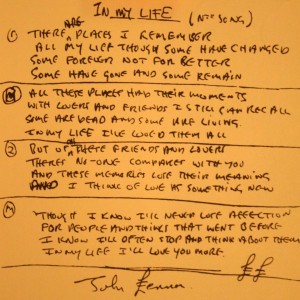 Well at least we know who wrote THIS.

“I do not care for people named Burrell Webb, Margaret Fishback Powers and John Hughes. My poem titled “In My Life I Loved You More” was not written by the Beatles it was authored by me long before the song ever came out. I do however happen to like the song they later produced. …”

That’s a comment on an article by Rachel Aviv that appeared last fall at the Poetry Foundation site, discussing the contested authorship of the poem “Footprints in the Sand.”