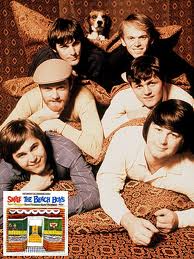 NANCY CARR • I love the Beach Boys (not the way I love the Beatles, but still), so why can’t I wholeheartedly love Smile? I ask this question sincerely. I think Brian Wilson is a songwriter, singer, and bassist worthy of great praise. I understand why Paul McCartney was so blown away by Pet Sounds that he dreamed up the idea for Sgt. Pepper’s Lonely Hearts Club Band. I’m glad Smile has finally seen the official light of day, and I’m intrigued by the what-if game of wondering about what might have happened if Smile had been released in 1967, as originally intended. But when it comes to the reality of listening to Smile, I’m underwhelmed—both by Brian Wilson’s 2004 album and the 2011 reconstruction The Smile Sessions.

Starotin on Smile Vs. Sgt. Pepper

Critics I hold in high regard, including my perennial favorite, George Starostin, love The Smile Sessions. Starostin  even says, in his review, that it’s a better album than Sgt. Pepper:

“In the long run, it is a more rewarding listening experience than Sgt. Pepper: the payoff is smaller at first, with all the different links and overdubs and stops and starts and reprises and modulations and special effects dazzling and confusing the listener, but larger on subsequent listens, when all the flourishes start sinking in and you start to realize how well they all belong together. It does not have its own “Day In The Life”– a sort of ultimate, mind-blowing, cathartic peak with a cleverly engineered mix of comic and tragic overtones that forces you to realize how small you are in relation to the universe– although the magnificent “Surf’s Up” comes close, its solemnly mannered baroque flow, ungrammatical lyrics (I still think that Van Dyke Parks was one of the weakest links in the chain), and intentional coldness still stir up a very different kind of emotions. But apart from that, it still reflects a grand vision, dressed up in some of the most inventive clothes ever designed by a pop musician.”

Me, I’m not getting the “grand vision” aspect, though some of Smile’s parts are indisputably great. “Surf’s Up,” in particular, is an amazingly lovely, moving song that could only be by the Beach Boys. It’s fully as great as “Good Vibrations” or “God Only Knows.” But for me, the flourishes Starostin describes in Smile don’t sink in. No matter how many times I listen to them, songs like “Vege-Tables” or “Love to Say Dada” leave me cold. When I listen to Smile, I’m conscious of the drawbacks of using the studio as an instrument: there are plenty of interesting soundscapes, but too often the production takes center stage instead of serving the songs. And that’s never how I feel when I listen to Sgt. Pepper. There the songs are never overburdened by the production (thank you, George Martin). The instrumentation and effects enhance, but don’t overwhelm the songs. The spooky bass harmonica on “Being for the Benefit of Mr. Kite!” perfectly establishes the “carnival” atmosphere Lennon wanted, just as the violins, cello, sitar, tambura, and tabla on “Within You Without You” bring East and West together literally. 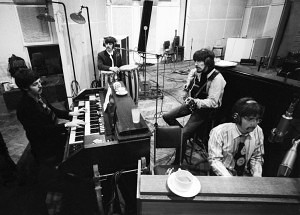 And when it comes to lyrics, I think Starostin is right when he calls Van Dyke Parks “one of the weakest links in the chain” on Smile. I know many hear his lines as poetic, but to me they often sound willfully obscure and pretentious. In my opinion the sounds of Smile—the music and the vocals—are often worthy of better words. And again, that’s not a feeling I get when I listen to “Sgt. Pepper’s.” [Apart from wanting to collar Paul and ask “Fun is the one thing that money can’t buy? Really?”] The lyrics of “Lucy in the Sky with Diamonds,” for example, are poetic without giving off the perfume of affectation. Not a single song on Sgt. Pepper is forgettable or pointless. (I’m happy to go to the mat for “When I’m 64.”) I don’t care how many people leave Sgt. Pepper off their Top-100-Albums lists or how many critics claim that Revolver is light years better. I’ve got no great reverence for Rolling Stone, but one thing I can agree with that magazine about is the greatness of this album. I believe, however, that I must be missing something when I listen to Smile. If Starostin and others whose critical judgment I trust can esteem it so highly, there must be more there than I’m getting. Hey Dullblog readers, what say you about Smile, or about how Smile compares to Sgt. Pepper?

Brian Wilson’s solo performance of “Surf’s Up” from the World of Pop, 1966

“Beautiful Dreamer: Brian Wilson and the Story of SMiLE”