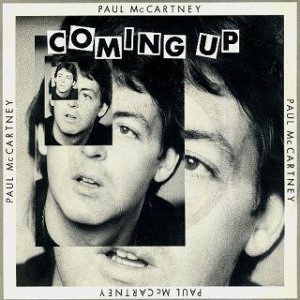 This morning, while listening to LA’s version of “Breakfast with the Beatles”–I grew up with Terri Hemmert on XRT in Chicago, but I think Chris Carter’s show might be even better–I was reminded how John Lennon had been roused to record again by Paul’s single “Coming Up.” Carter said that the first song Lennon wrote in this ego-pricked, ambitious state was “I Don’t Wanna Face It,” which later appeared on Milk and Honey.

That got me thinking: both songs are good, but I think John and Paul working together would’ve made each much, much better. John would’ve contributed a “middle eight” to Paul’s song, giving it more texture (as well as less repetitive and chirpy). Paul would’ve made sure that John’s song was musically developed enough. I always find Lennon’s solo stuff to be about 75% of a song, one hook or piece or twist short; and McCartney’s solo stuff is so musically adept, it emphasizes how bland and guarded the rest of it is.

So…”Coming Up” b/w “I Don’t Wanna Face It”. Which others would you like to have heard?