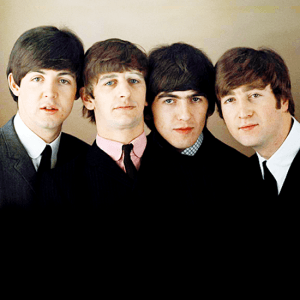 “You love us because you are anxious.”

The New Yorker‘s Adam Gopnik has a theory, and apparently it’s something like, “modern life makes people anxious, and in their anxiety they cling to certain things, and discard other things.” Which is not really an answer — why the Beatles and not, say, Queen? — but the real reason makes for bad copy.

The real reason is a stew of the following: some art is simply better than other art; some artforms age better than others; some art is destroyed by changes in consumption patterns or technology; some eras are more iconic and resonant; and art which can be milked for money by controlling corporations is going to have a longer lifespan.

While thoughtful and well-written, Gopnik’s essay suffers from what I like to call “The Wikipedia Effect,” whereby incorrect common knowledge has been turned into seeming fact via authoritative repetition. This kind of false certainty is, in fact, what The New Yorker sells; maybe it’s what every magazine always sells. But as our sources have been winnowed, it’s gotten more obvious, and more damaging. Read deeply on any subject, and then go read its Wikipedia page. You’ll plotz. The moment Gopnik characterized “Come Together” as an all-John composition, and made a mistake in the title of “Hey Jude,” the Wikipedia Effect became so strong I had to force myself to keep reading.

But I’m glad I did, because it touches on some of the same ground I mused on in a hoary old post called The Beatles and History. I got another dose of the Wikipedia Effect when Gopnik asserted that “[in 1914] socialists throughout Europe were sure that transnational class-consciousness would trump nationalist war fever. It didn’t. It never has.”

First of all, it took me roughly .007 seconds to think of a time when transnational class-consciousness trumped nationalist war fever: the Christmas Truce of 1914. And throughout the entire war, there were many mutinies, most notably the French one of 1917 — nationalism was powerful, but it wasn’t everything. And second of all, as an American living in Paris, Gopnik must know that the international socialist movement had been mortally wounded by the assassination of Jean Jaurés. This omission on his part is particularly odd given the rest of the piece, which explicitly talks about the rash of assassinations in the pre-1914 period — but it doesn’t fit with the Big Idea of the piece, so it’s gotta go.

The world we get sprouts from our sense of what is possible; and the possible comes from the history we choose to emphasize. If you believe that nationalism will always trump class-consciousness, that will be so. But historians like Barbara Tuchman and especially Niall Ferguson disagree.

Gopnik’s discussion of what he calls “right-wing populist nationalism” — to avoid calling it “Fascism,” I guess? — suggests that he’s simply a shaky guide. He traces Trump-style foolishness back to Wallace in 1968, and to the John Birchers before that, but doesn’t ask the obvious question: why has it become a part of our national politics since 1968? Who or what lifted this approach, these attitudes famously outlined by Hofstadter, from the fringes to the mainstream? The answer is, of course, the GOP, which hitched its wagon to “right-wing populist nationalism” (a/k/a the Southern Strategy) after Goldwater was soundly defeated in ’64. People were talking about a Roosevelt-like drought for the Republicans thanks to the Kennedy brothers, so the GOP was desperate. And we’ve been paying the price ever since.

These elements—the exaggerated outside threat, the insistence on élite collusion—and a third, the hysterical certainty that an assertion, any assertion, of national strength will be the antidote, manifest themselves over and over, and probably always will.

It is impossible to read this and not think of the Nazis, right? Why are we talking about the Birchers? That group of dead-enders was the punchline to a Strangelovian joke until the Republicans hoisted their nonsense into the national conversation. What changed? Who changed it? Why did they change it? If you’re not going to ask these questions, it’s silly to bring it up. Gopnik’s ideas are interesting, but it’s all half-baked, the same kind of fudgy thinking that makes “Come Together” into an “all-John” song. Cripes, man.

It is difficult to know things about things, especially when confronted with essays like this one. Put your own two cents in the comments.