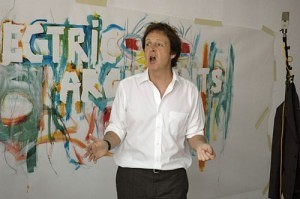 Q: The Beatles’ music was always wonderful, but at a certain point it became something more than entertainment; at what point did you know that the work you were doing was important?

PAUL: It’s difficult to discuss this without sounding immodest, but I think I started to feel it around the time of “Eleanor Rigby.” Prior to that, I thought the music was very good, and I realized we were in a different league when we wrote “From Me To You,” because it had a middle eight in it and went somewhere we hadn’t been before, but you used the word “important.” For me, “Eleanor Rigby” was the start of that.