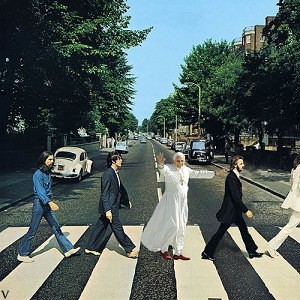 Yes, I think they made the right choice not using this one

MOLLIE WILSON REILLY • Some follow-up on the news from Rome! After Ed posted here (thanks, Ed!), I brought the news to the Catholics at dotCommonweal. That has led me to some new and interesting details I thought you all might find interesting.

First of all, it’s fun but not accurate to say that the Vatican has “forgiven” Lennon. L’Osservatore Romano doesn’t speak for the pope — it’s just the Vatican City daily. In any case, the article itself was an arts-section essay that, as far as I can make out, doesn’t say anything about forgiveness. I say “as far as I can make out” because the only full-text version of it I’ve seen was sent to me by a dotCommonweal colleague, and it’s in Italian. So I’m combining my Italian-for-travelers with some rusty Spanish to make out what it says. But the gist is that it opens with the “more popular than Jesus” line («I Beatles sono più famosi di Gesù Cristo»), which (it recalls) aroused such indignation across the U.S., and notes that after so many years it sounds like nothing more than the boasting of a young working-class musician (and so forth). It’s just a snappy lede, not a papal dictum.

I know, big surprise, news accounts of something relating to the pope are less than completely accurate. More interesting is the fact that Peter Brown — he of “Peter Brown called to say…” fame — had a letter published in the New York Times in response to their coverage of this “story.” He says the NYT and the Vatican missed the point:

John’s remark was not a boast or a blasphemy. He was pointing out the absurdity of the Beatles’ fame, which at that point was at its madding zenith. For anyone who knew John Lennon, the observation was typical: indelicate, but spot on. He neither sought nor required forgiveness, only understanding.

While it’s true that, in that one indelible sentence about the Beatles being “more popular than Jesus,” Lennon was merely “pointing out the absurdity of the Beatles’ fame,” I’m not sure “understanding” would make Christians more inclined to accept his comments. I think this is one case where reading the full context actually makes it worse — I think we may be missing what those album-burning Bible Belt Christians were actually reacting against, because as I recalled it, the full quotation from that 1966 interview is pretty explicitly anti-Christianity.

I looked it up to confirm, and I got sidetracked reading the whole article, once I found it on some helpful person’s Geocities page. You might want to check it out, if you never have, because it’s interesting in a time-capsule sort of way. It’s a celebrity profile in highly stylized, seriously clunky prose, dripping with that bemused, “Of course I’m not really taking this seriously” tone that journalists, especially British journalists, applied to Beatlemania in those days.

Anyway, the quotation was pretty much as I remembered it, although I was amused to note that the journalist in question, Maureen Cleave, was hardly impressed with Lennon’s intellectual rigor:

Experience has sown few seeds of doubt in [Lennon]: not that his mind is closed, but it’s closed round whatever he believes at the time. ‘Christianity will go,’ he said. ‘It will vanish and shrink. I needn’t argue about that; I’m right and I will be proved right. We’re more popular than Jesus now; I don’t know which will go first — rock ‘n’ roll or Christianity. Jesus was all right but his disciples were thick and ordinary. It’s them twisting it that ruins it for me.’ He is reading extensively about religion.

So maybe Peter Brown and the Vatican are both letting Lennon off too easily. (What? Whitewashing Lennon’s reputation since his death? Inconceivable!) But Brown is a particularly interesting person to be weighing in on this question of Lennon’s proclivity for “indelicacy” where religion is concerned, considering the gleefully irreverent (but maybe not totally ironic) chorus of the song that has immortalized his name.

Back to the original article: it’s quite a lengthy appreciation of the White Album and the cultural significance of the Beatles, and I think I’ll be working on translating it for weeks to come. So far this is my favorite sentence, though I can only guess at what it says:

Ever wonder how to say “psychedelic” in Italian? Now you know! Anyway, inaccuracies aside, it is pretty fascinating that the Vatican City daily paper is running arts journalism now. I wonder if it will inspire the Mozart-loving pontiff to check out the Fabs? What would you recommend for his playlist?