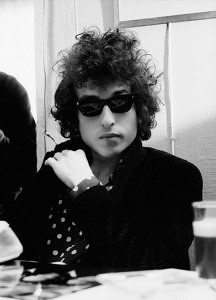 “There are a lot of beetles.”

PLAYBOY: Why do you think rock ‘n’ roll has become such an international phenomenon?

DYLAN: I can’t really think that there is any rock ‘n’ roll. Actually, when you think about it, anything that has no real existence is bound to become an international phenomenon. Anyway, what does it mean, rock ‘n’ roll? Does it mean Beatles, does it mean John Lee Hooker, Bobby Vinton, Jerry Lewis’ kid? What about Lawrence Welk? He must play a few rock-‘n’-roll songs. Are all these people the same? Is Ricky Nelson like Otis Redding? Is Mick Jagger really Ma Rainey? I can tell by the way people hold their cigarettes if they like Ricky Nelson. I think it’s fine to like Ricky Nelson: I couldn’t care less if somebody likes Ricky Nelson. But I think we’re getting off the track here. There isn’t any Ricky Nelson. There isn’t any Beatles; oh, I take that back: there are a lot of beetles. But there isn’t any Bobby Vinton. Anyway, the word is not “international phenomenon”; the word is “parental nightmare.”