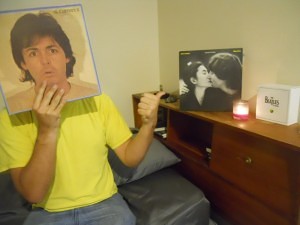 DEVIN McKINNEY  •  Probably more enterprising net-cruisers than I already know the British website Sleeveface, which since early 2006 has been making a small, pleasant fuss on the Internet, and latterly in the British press. 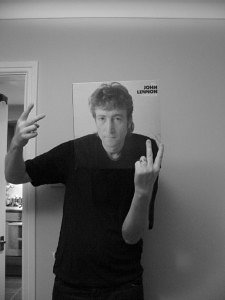 Anyway, click on over: Beatles entries are surprisingly few (in fact, they are zero—not many large, isolated head shots on their LP jackets), but there are some solo Ringos, a slew of John & Yokos, many McCartney IIs, and a ton of others you’ll want to download, print out, and send round as birthday cards.