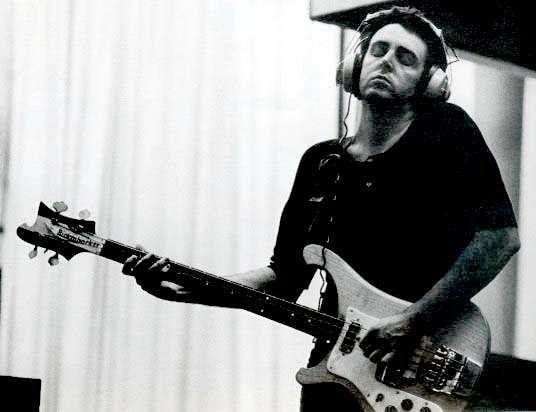 Sometimes I transport myself

I‘ve been listening to RAM, one of the handful of solo Beatles discs I can listen to (others: All Things Must Pass, POB when I want to reaffirm the value of therapy). For kicks I unearthed this Rolling Stone review from 1971. Justly infamous, Jon Landau’s review of RAM starts off as a pure hatchet-job in the standard “how dare Paul McCartney not be John Lennon” RS style, then ascends to a discussion of how The Beatles were better as a group, an observation that had to be tired even in 1971.

If you sense a little extra acid in my tone, it’s because I think Macca got an incredibly raw deal in the Seventies. Critics resented him because they thought he was corny; and they craved the glory reflected from rock’s still-new status as an art form. (A conceit they owed, in some part, to Paul McCartney. No Macca, no Sgt. Pepper; and no Sgt. Pepper, no Rolling Stone, at least not in the same way. The critics weren’t only too hard on McCartney in the Seventies (and often since), they’ve never given him anywhere near proper credit for helping them give rock music worth — and able to withstand — literate uber-thinky absurdly opinionated criticism.

A thought that struck me as I was reading Landau’s review of RAM: it’s possible that, out of the four of them, McCartney’s development was stunted the most by being in the group. As the most fluent musician, it fell to him to compensate for/counterbalance the others. Yeah, The Beatles were incomparably better as a group, but perhaps the reason that all of them were so spotty as solo artists was because each of their talents had been forced to develop in a complementary way, McCartney’s most of all. Just a thought.