MOLLIE WILSON REILLY • Did anybody else see McCartney on The Colbert Report Wednesday night? It was a pretaped interview, and it was…uncomfortable. At least, I thought so — what do you think?

Why so prickly, Sir Paul? Where’s that sense of humor? And why is the editing so choppy? At first it seemed so disjointed I thought maybe it was a spoof interview — either they were matching answers with different questions (as they sometimes do on these humorous TV programs), or perhaps — given the constant cuts from close-up to close-up — Colbert had never really interviewed him at all. But there were moments when McCartney was clearly answering the question asked. And — aside from the smile he flashed at the end — he seemed really unhappy to be there. 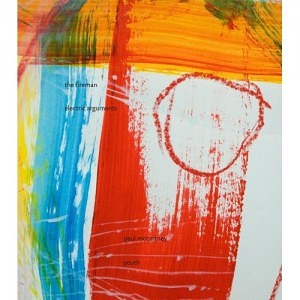 RS: “Freak-folk by a forefather.”

Not until the end does it become clear that this appearance is part of the publicity push for his new “The Fireman” album. I’ve been perplexed by this whole thing, because wasn’t the original point of recording as “The Fireman” to keep it on the down-low? I remember when the first Fireman album was released, 15 years ago (egad!). I was a young teen and a new Beatlemaniac, and somehow I found out about it — probably from Rolling Stone. I had seen it listed on the “coming soon” board at The Wall, the music store in our local shopping mall. So as soon as it was released I got a ride to the mall and went looking for The Fireman. I couldn’t find it — I had no idea what category to look under — so I had to ask the clerk at the counter for help.

He was, let’s say, a college student, which to me, at 13, was about as cool as it gets. I figured, since he worked in The Wall and everything, he must know all about important things like Paul McCartney side projects. But when I told him what I was looking for, he shook his head. “Never heard of it.” “But it was listed on your ‘coming soon’ board last month!” I insisted. So he looked it up and led me to the section where it would be, and when he found it on the rack he exclaimed, “Fuck me! We do have it.” I felt very grown up, I must say, being casually cursed at by someone who worked at The Wall, and spending my hard-earned babysitting money on this obscure CD.

So that was a formative experience. It made a bigger impression on me than the music, honestly, which I seldom play (and then usually as background music for studying). But the point is, the album was hardly advertised, and it was difficult to find out that Paul was involved, and it had a minimalist album cover and a really long name that was difficult to remember past “Strawberries.” It seemed to be going out of its way not to be noticed. So I didn’t know what to make of it when I started seeing ads on television for the follow-up album. Is Macca plugging this album vigorously against his will (I would say “against his better judgment,” but I’m pretty sure he lost that long ago)? Does that explain his impatience with Colbert’s questioning? Or is he just defensive because he’s not familiar with Colbert’s shtick but he has a vague sense he’s the butt of a joke? The “Ebony and Ivory” duet is pretty good, but on the whole I think I’d rather see Colbert talk to Ringo.