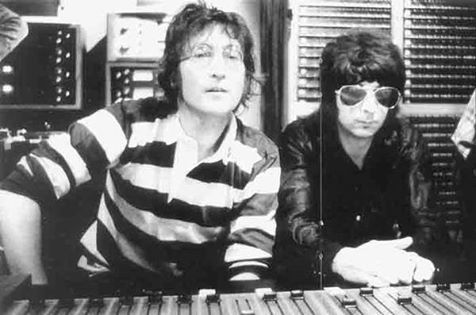 I want to say right at the start that I’ve never really gotten the cult of Phil Spector. With all apologies to our beloved @Hologram Sam, rock and roll before The Beatles leaves me cold—and trust me, I’ve tried. All that Ronettes stuff sounds like a pompous, immature version of something Motown did so much better.

I‘ve also tried to like, or at least understand the appeal of, Phil Spector. I’ve read Tom Wolfe’s 1964 essay “The First Tycoon of Teen” (not available online but worth a read).  I’ve pondered Spector’s close friendship with Lenny Bruce—as described by Albert Goldman, among others. I’ve wondered what made Lennon so devoted to Phil as The Magic Man, and Harrison so willing to put his incomparable batch of demos in this joker’s hands. All this and…I still don’t get it.

Even if it didn’t all sound like overproduced dreck—studio tricks and bad taste—I wouldn’t be able to look past the insanity. Showing Ronnie Spector the gold coffin he was going to display her in; the waving around of guns in the studio; and finally, the murder. Phil Spector had been signaling “I am going to murder someone” for thirty years, but because he had become rich and famous in a business used to coddling profitable eccentrics, Spector’s sociopathy was dismissed until someone died.

To me? On his best day, Phil Spector was a mini-Brian Wilson with a gun fetish; on his worst, he was a killer from the neighborhood who happened to be in the right place at the right time. And I’m not even talking about “The Long and Winding Road.”

Convince me otherwise in the comments?

A few thoughts on conspiracy theories.