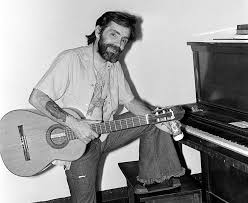 Charles Manson, who used a paranoid reading of the Beatles’ “White Album” to spur his followers to murder, is dead at 83. Alas, the kind of fear-mongering false narrative that he helped pioneer is very much alive.

Like the mixers of the toxic social media soup we’re all swimming in today, Manson specialized in us-vs-them stories, especially racist ones. He didn’t really care if they were true; he cared that they were effective. He was one of the origin points of the “alternative facts” conspiracy theory.

Manson was also relentlessly narcissistic, convinced that the Beatles were sending him–and only him–messages through their 1968 album.”Helter Skelter”? About a racial apocalypse, after which Manson’s white followers would be some of the only survivors. “Blackbird”? An enticement for black Americans to rise up, only to be slaughtered. “Honey Pie”? About how much the Beatles wished Manson would get more publicity for his music, and how they really wanted to hang out with him. “Piggies”? A justification for offing members of the middle class.

Along with the “Paul is dead” hoax, Manson’s sick use of the Beatles to justify his hatred and destruction presaged the kind of anything goes, choose-your-own-reality insanity we’re living with now. Manson’s murderous life has ended, but his brand of crazy is everywhere.