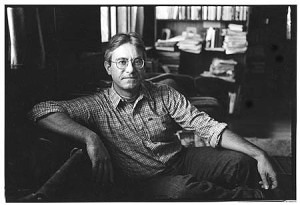 “When I became record reviews editor, I made it clear to him after a few months — nobody had done the job before me — that the record review section was an independent republic within the country of Rolling Stone. That meant that nobody else could tell me what to review or what a writer could say. They could argue with me, but ultimately it was my decision. And that worked well. There was one incident where Paul McCartney makes his first solo record and people thought it was wonderful: this rough, homemade one-man-band album. It was accompanied by a press release, a self-interview, about why he no longer needed the Beatles and how little he thought of them … this real obnoxious statement, you know? I assigned it to a friend of mine, Langdon Winner, and Jann saw the piece and said: “We can’t run it this way — he’s just reviewing it as if it’s this nice little record. It’s not just a nice little record, it’s a statement and it’s taking place in a context that we know: it’s one person breaking up the band. This is what needs to be talked about.” I said I didn’t agree and “in any case it’s up to Langdon to say what he wants to say.” Jann said, “We have to talk about this.” So we went to dinner that night and spent three fucking hours arguing about this record review. Finally he convinced me. So I went over to Langdon’s and sat down with him and spent three more hours arguing with him until I convinced him! Now to me this was the essence of great editing, of how you put out a publication that is utterly honest. All that time spent over one 750 word review! And it was worth it.”