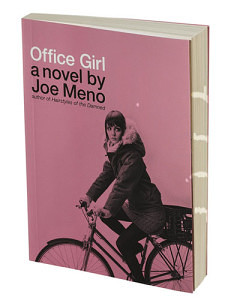 TQO: […] I’m about seventy pages into your last novel, The Great Perhaps (2009), and I’ve already noticed the Beatles popping up throughout.

Meno: Yeah, I mean that whole book is The White Album. I wanted to do a book that had four different voices, and they all sing on that album. And they cover pretty much all of 20th century music. There’s “Rocky Raccoon.” There’s country western. There’s “Honey Pie,” which has this kind of jazzy sound. There’s “Helter Skelter,” which is like the beginnings of early metal. Then there’s “Julia,” which is a super sweet ballad. So, there’s all these different tones, and I was trying to capture something similar in that book for 20th century literature. So, character to character, there are really distinct voices.

Meno: Yeah. Also, that album came out in ‘69. There are songs like “Piggies” or “Revolution,” asking questions that demonstrate some sense of social consciousness, but they do it in a way that doesn’t feel dogmatic. They’re asking important questions, but in this popular form. So that’s kind of what I was trying to do with the older sister, Amelia. Her soundtrack is definitely “Revolution.” There are also songs that are totally surreal or dreamy on The White Album. I was trying to capture those in the book as well. So you see these moments that are kind of surreal or absurd. So yeah, that was definitely my take on The White Album.