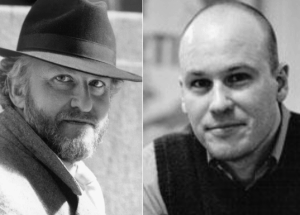 DEVIN McKINNEY  •  Here, via Rockcritics.com, is a New York Times podcast from September, half of which is devoted to a talk between music critic Ben Ratliff and pop-crit originator Nik Cohn on the remastered version of the White Album (which Ratliff deliciously informs us is currently #16 on the LP charts, “right below Lady Gaga”). Cohn, who was the Times‘s London correspondent on pop matters circa 1968-70, trashed the Beatles’ masterpiece in their pages (see the December 15, 1968, headline bannering this post); now he has softened somewhat, admitting subtleties and qualities precluded at the time by his proto-punk stance. Ratliff, a mere tit-sucker in ’68, does the second-generation thing resonant with many of us, about how he grew up with the album in the house, apprehending adult doom through child’s ears.

Cohn is one of my favorite writers, not only for his pop stuff (I Am Still the Greatest Says Johnny Angelo, Rock from the Beginning, “Tribal Rights of the New Saturday Night”) but his other stuff (The Heart of the World, Yes We Have No: Travels in the Other England); I’d love to think he loves the album I love more than I love any other album I love. But even though it sounds better to him now than it did then, he is drawn back to words like “flabby” and “smug,” and still finds the White Album a far distant second to its late ’68 rival, Beggars Banquet. Well, Nabokov hated Dostoevsky, too.

But Cohn is fun to listen to, sounding with his undiluted accent like his cheeks are stuffed with eel pie and Newcastle Brown Ale, and he comes up with at least one aperçu that is not only quotable but grimly valid: “‘Ob-la-di, ob-la-da, life goes on — bra,’ is not credible to me.”