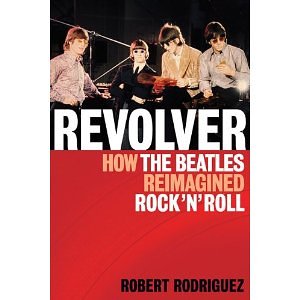 NANCY CARR • “Sgt. Pepper’s Lonely Hearts Club Band” is now routinely underrated. I recently read Robert Rodriguez’ new book, Revolver: How the Beatles Reimagined Rock n’ Roll, and the introduction threw this underrating into sharp relief. I highly recommend Rodriguez’ book in all other ways—it’s a fascinating look at Revolver’s creation, artistry, and context—but the introduction made me grind my teeth.

The path Rodriguez treads in his introduction is now very well worn: people used to think Sgt. Pepper’s was the thing, but now we know Revolver is. Fair enough, to a point. Revolver is excellent, and preferring it to Sgt, Pepper’s is defensible. But characterizing Sgt. Pepper’s as a “pleasant period piece” (excepting “A Day in the Life”) isn’t. That worldview is not praising Revolver; it’s vastly underrating Sgt. Pepper’s.

It’s John vs. Paul, all over again

I’m baffled by the way this kind of binary thinking dominates so much music criticism, and criticism of the Beatles in particular. If you want to praise one Beatle, denigrate another. To extol one album, knock one down. I’m all for drawing useful distinctions and arguing for the excellence of particular works, but this kind of prop up/kick down move has become knee-jerk and destructive. It obscures the fact that in some cases works are equally excellent, though different. No band has ever made the number of consistently excellent albums the Beatles did: consider Rubber Soul, Revolver, Sgt. Pepper’s, The Beatles [the “White Album”], and Abbey Road. It’s interesting to debate the relative merits of, say, Rubber Soul and Abbey Road, but it’s lunacy to dismiss the quality of either. And yet in recent years Sgt. Pepper’s has increasingly come to be characterized as okay, maybe even good, but not great.

This is plain crazy.

No Boomer nostalgia here, either

Let me add that I was a baby when Sgt. Pepper’s was released, and so didn’t experience the zeitgeist that’s often given as a reason for Boomers loving the album. In fact, my first exposure to the songs on Sgt. Pepper’s was (cringe) though hearing the soundtrack of the Bee Gees/Peter Frampton movie on the radio. I didn’t listen to the whole Beatles album until well into my 20s. So I’m defending the album as a relative latecomer to it, and as someone who doesn’t have a sentimental “I-heard-that-song-at-Haight-and-Ashbury-in-1967” attachment to it.

People who hear Sgt. Pepper’s as lightweight flower-power pop that served its time but has little to say to our own just aren’t listening. The album is far deeper and darker than it’s often given credit for being, and it has just as much to say today as Revolver, the White Album, or Abbey Road.

A darker view of Pepper

Sgt. Pepper’s is mainly about loneliness, aging, death, and the need to cope with these realities.

It’s Sgt. Pepper’s Lonely Hearts Club band that’s playing, and they’ve been around for 20 years, going in and out of style. Billy Shears is “getting by” with help from his friends. Whether “Lucy in the Sky with Diamonds” is or isn’t about LSD, the distorted landscape it conjures is rather sinister. The beckoning “girl with kaleidoscope eyes” is finally unobtainable. The protagonist of “Getting Better” has been cruel, and his assertion that things are improving is countered by the repeated “couldn’t get no worse.” In “Fixing a Hole” the speaker is patching the roof and decorating his room as a refuge from the people “who disagree and never win.”

“She’s Leaving Home” does something almost unthinkable in a song by the standard-bearers of 60s youth culture: it casts the older generation in almost as sympathetic a light as the younger. The girl’s parents love their daughter and didn’t know they were doing anything wrong. Contrast this with the Stones’ “Mother’s Little Helper” and the sneering divide it draws between the young and the old.

The next three songs all deal with life’s fragility. The characters in “Being for the Benefit of Mr. Kite!” are performing to aid the apparently needy Mr. Kite. His lack isn’t specified, but the feats described, the music, and Lennon’s vocal delivery underline the darker qualities of this carnival. “Within You Without You” reminds us that we’re all “very small” and dispensable; life will go on without us. And “When I’m Sixty-Four,” despite its music-hall jauntiness, reminds us of the inescapability of aging. However we may sympathize with the daughter in “She’s Leaving Home,” one day we too will be the older generation, with grandchildren on our knees.

“Lovely Rita” addresses sex, but presents its frustration  (“took her home and nearly made it”). “Good Morning Good Morning” depicts the manic, mechanical daily life of city workers. Then the reprise of “Sgt. Pepper’s Lonely Hearts Club Band” tells us that the show is over.

And after the show comes the darkest song of all, “A Day in the Life.” I don’t think many people have tried to argue against this song’s greatness; it’s usually the only exception granted by critics who otherwise disparage the album. But “A Day in the Life” wouldn’t have the same force without the songs that precede it. Underrating Sgt. Pepper’s is to misunderstand the true accomplishment of Lennon’s song; it’s nothing less than the summation of the themes that have been treated more glancingly earlier in the album, and its final chord is truly The End.

The Beatles’ willingness—as twentysomethings!—to grapple not merely with death, which can be glamorous, but with aging and disappointment, is brave and bracing. In contrast, the Stones and the Who strictly evade aging, except as something unfortunate that happens to other people. (Well, the Who would eventually change their tune.)

So praise Revolver, Abbey Road, or the White Album to the skies: they deserve it. Just remember that Sgt. Pepper’s deserves no less.