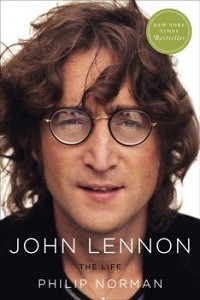 The New York Times Book Review sent Philip Norman’s new biography John Lennon: The Life to singer-songwriter Nellie McKay, and her very positive review is written in the manner of Lennon the prose stylist. Did she pull it off? I’m of two minds, myself. On the one hand, the review is a chore to get through, in a way In His Own Write and A Spaniard in the Works are not. As I read, my delight was heavily diluted by frustration. But that’s at least in part a genre problem: a book review, however creatively written, must in the end communicate information; it can’t be a pure flight of fancy (or, at least, it shouldn’t be). McKay has not shirked that duty, but deciphering what she has to say about Norman’s book is a lot more work than following the thread of one of Lennon’s nonsense stories. However, McKay also scores some remarkable successes with her wordplay, and I have to think Lennon would have been pleased by the attempt. I particularly admired the end of the penultimate paragraph (the final graf being written, mercifully, in plain English):

It shows Jo Venom, who destroyed the nice old houses, and John the Gent, willy more sentrimental than Healer Paul; a man whose instigation held friendless mirrors and who helped bring peace and joyce to a victious planet, a man stingy and cruel to those cossacks to him, mentally corchuring Cleo and offering to off his Chad, and one so medicated to being a good boy and father that he rushed each fight to put Sun to bed.

Whatever you think of McKay’s Lennon act, you have to give the NYT due credit for publishing a cryptogram only a fan(atic) could follow, much less love. And spare a thought for the poor proofreader!

On the facing page is Suzanne Vega’s review of Paul McCartney: A Life by Peter Ames Carlin. It’s not so quirky or creative — “I was one of those little girls who loved the Beatles in the 1960s” isn’t going to win any prizes for most memorable lede. But it I loved this:

….we careen from breathless fan-boy writing to dusty travelogue descriptions of Liverpool at the turn of the 20th century, while Carlin describes some immigrants flooding in and others flooding out, “departing for the untrammeled shores of the New World.”

Yawn. Why are shores always untrammeled? No one ever seems to write about how trammeled most shores actually are these days.

And this made me laugh, especially coming after a page of McKay’s gleeful punning:

Call it the proofreader’s revenge.