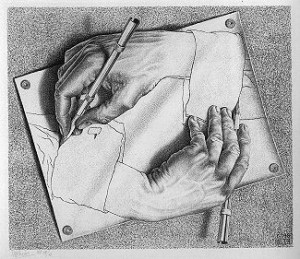 Thinking about “Paperback Writer” — it’s a thousand pages, give or take a few?!

Heard this one with fresh ears recently and began thinking about 1,000-page debut novels (paperback or no): Are there any?

Not sure. But then I thought about that scene in Wonder Boys (the film based on the Michael Chabon novel), in which novelist Grady Tripp (Michael Douglas) is typing a number on a page of his manuscript…and then adds a fourth digit.

Wonder Boys the novel was inspired in part by Chabon’s experience writing and abandoning a novel called Fountain City. (More info here; an excerpt, with annotations, has just been published.)

Also: Why is our paperback writer basing his book (presumably a novel) on a “novel by a man named Lear”? Who’s Lear? (Don’t say nonsense maestro Edward Lear—he didn’t write any novels.)

(I’m not saying these are “bad” lyrics, vis-à-vis the very fun earlier thread; I like these lyrics!)

So he’s writing a 1,000-page cover version of a (presumably shorter) novel? Are there any real-life examples of this happening?

I also like the Escher-like moment when the singer declares, “My son is working for the Daily Mail, it’s a steady job but he wants to be a…paperback writer” as well?!!

PS What if the narrator/father is named Lear, and the son, aspiring to be a paperback writer, writes a thousand-page version of his father’s (unpublished) novel? Though the first novel would also be a thousand pages…indeed, the son might simply be copying his father’s novel, word for word!