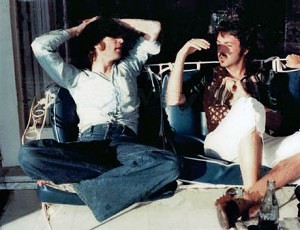 The act you’ve known for all these years, in Santa Monica, 1974.

Here are some photos from Retronaut.com — the last photo of John and Paul — taken at Peter Lawford’s old beach house here in Santa Monica. Whenever I want to bask in some ghosts (Marilyn and Jack! Marilyn and Bobby! Nilsson and Baron Von Moon!) I bike down six blocks; the house is right on the PCH. It’s surprisingly small; glamour required less square-footage back in those days.

Anyway, according to Retronaut, these were taken in March 1974, at the time of the infamous “A Toot And a Snore” bootleg. I love Stevie, and obviously John and Paul, but have been warned off by all the bad reviews. Anybody heard it? 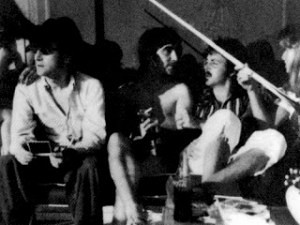 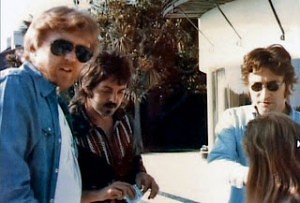 A box of LPs from the States.