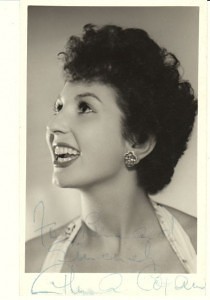 MIKE GERBER • Happy to report that The Fifth Beatle, Vivek J. Tiwary’s graphic novel about Brian Epstein, continues to carve out a bit of space in the culture. Here is an interesting interview with Tiwary. Apparently Tiwary’s a strong supporter of marriage equality, and the book is affiliated with Freedom to Marry; in the course of discussing marriage equality, Tiwary says the following:

There’s a line in the book, during a television interview where Brian’s being asked about the Beatles’ romantic lives, and Brian said “I think Beatles ought never to be married, but they will be one day and someday I might too.” It was viewed as a throwaway joke at the time, but really it was a pretty heavy thing that he said – people who knew him well realized he was saying something quite dangerous for that time. Because forget about getting married, he was worried about staying out of jail, should his sexuality be discovered – that’s the way things were in 1960s England. If there had been marriage equality in the 1960s, it would clearly have made a huge difference in Brian’s life, it might have even saved his life.

Tiwary’s larger, and much more important, point is valid: there’s no question that much of Brian Epstein’s self-destructive behavior came from living in a time and place where his sexuality was considered criminal, and that living in a gay-is-normal world, with the option to marry, have children, et cetera might have discouraged his drug-taking, self-abusing, risk-craving behavior. Or maybe it wouldn’t have, we can’t know–but it’s a legitimate point and one that truly does argue for absolute equality and respect in matters of sexual orientation.

But I don’t think Brian was talking about marrying another man–for two reasons. The first is Alma Cogan, whom Brian had a very close friendship with from 1963 on. (Some in the Beatles circle expected she and Brian to marry, especially after he took Alma home to Liverpool to meet his parents.) Cogan died tragically young of cancer in October 1966, and her death surely helped cause Brian’s downward spiral in late 1966–the first real scare with Brian, if I remember correctly. Alma’s death plus the end of touring shaking Brian to the core makes a lot of sense.

Given who Brian was, where he came from, and what he seemed to crave, it could be that marriage to Alma–consummated or not–felt like his last chance to win the full approval of his family, especially his mother. Alma wasn’t only Jewish, she was also a product of pre-Beatles Britain; she was a pop star his parents would understand. On the other hand, Alma herself was dogged by rumors of lesbianism (though no less an authority than Dusty Springfield says ’tweren’t so), and was also squired about by Lionel Bart. And–supposedly–had an adulterous affair with John Lennon. So all this is quite complicated–but I get the feeling that Alma wasn’t simply a beard, because Brian himself was anything but simple.

The second reason is that gay marriage is very much a current issue, and while it might be politically useful and psychologically appealing for us to think that Brian Epstein longed to marry, none of what we know about his behavior suggests that he was just waiting for the right guy to settle down with. There were notable gay couples of the era that I could easily see wanting to marry each other–Christopher Isherwood and Don Bachardy, for example–but Brian didn’t seem to have steady boyfriends, much less stable, committed partnerships. Epstein’s sex life wasn’t just furtive and serial, it also seems to have been somewhat impersonal, and to some greater or lesser degree part of the upper-class BDSM subculture of Swinging London. To suggest that he’d have married if only society had let him seems…convenient. Well-intentioned, a nice marketing hook for the book, but not really backed up by what we know.

Just as we diminish John Lennon when we turn him into Gandhi to give ourselves courage to do what we know is right, we risk missing something very important about Brian Epstein if we turn him into a martyr for marriage equality, a gentle gay butterfly broken on the wheel. Just as it was Lennon’s violent, impulsive nature that spurred him towards more peaceful politics, I suspect that Epstein’s darker, more transgressive cravings caused him to long for respectability–as Queenie and Harry would’ve defined it, not how we define it today.