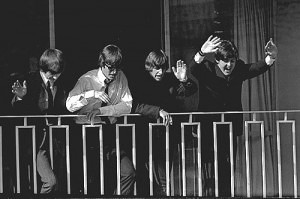 MIKE GERBER • Commenter Annie McNeil just turned me on to a great Beatles Tumblr: Amoralto. It’s quite Dullblog-like, and I am very grateful to Annie (and the anonymous, dare I say mysterious proprietor of Amoralto) for the good word on this treasure trove.

A small aside: Are there any other types of troves? If so, you never hear about them. A subject in need of a Tumblr!

Anyway, thanks Annie—my career may never recover, but Dullblog will be so much the better for what Amoralto saves from the Beatle memory hole.

Though Annie brought it up in re: the Nativity story referenced in our earlier post on John’s eyesight (Amoralto has an excerpt from “The Lost Lennon Tapes” where Paul tells the story to an interviewer), what caught my eye was this item, an excerpt from a four-page handwritten letter from Paul to Brian Epstein, written in 1966 or ’67, in which the Caretaking Beatle gave the older man some advice and support during a time of unspecified troubles. (Perhaps the Diz Gillespie thefts?) Epstein willed the letter to his chauffeur/bodyguard Bryan Barrett, who auctioned it along with other Epstein diaries and ephemera in 2000. Amoralto—who apparently has a Highbeam account—copied out some.

So go check it out! We’ll wait here until you get back.