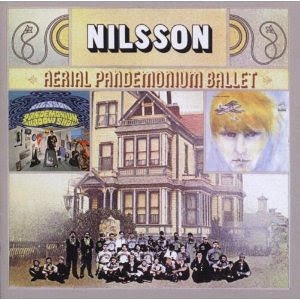 Some people get Mania, others get Pandemonium

Brother/good influence Jack Gerber just sent me this great cover of John Lennon’s “Isolation” by JL’s close friend/bad influence Harry Nilsson. It was unreleased until 2008, when it appeared as a bonus track on Aerial Pandemonium Ballet.

Lennon covers almost never come close to the original; Lennon’s paramount gift was to make his material feel so personal, indubitably his. It bothered him, especially post-Beatles, that fewer people covered his songs than covered Paul’s, but you can understand why — who could possibly equal his originals. Still, this version of Isolation holds its own, and if he heard it, probably pleased him.

Almost all of Nilsson’s work has this bittersweetness to it; and if anybody could be famous and isolated — surrounded by people, yet fundamentally alone, as the phrase goes — it was Harry Nilsson. (Update 2015: The New Yorker named this song one of Harry’s ten best lesser-known songs. See the rest here.)