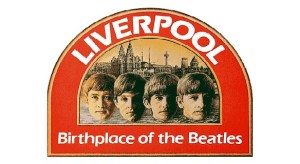 The Beatles are responsible for one out of every 100 jobs in their home city of Liverpool, according to a new report by the City Council. The Beatles impact on the economy of the city is simply immense; the report estimates that John, Paul, George and Ringo bring in about £82 million worth of trade annually. Gulp, but this figure is likely low:

“[A]ccording to Professor Richard Evans from Liverpool John Moores University, the figures do not take into account the marketing value of the brand or the number of people staying at non Beatles-themed hotels…The report also could not put an exact figure on how many visitors a year cite The Beatles as their main reason for visiting. Local entrepreneurs put it at about one million. The Liverpool City Region Local Enterprise Partnership, made up of business and council leaders, say it is two million.”

There’s more in the article, and it all begs the obvious question: why isn’t every mid-sized city in England holding tryouts?

Experts balk at trying to estimate the economic impact of the band on the world as a whole, but think it is “undoubtably enormous.” Like, I presume, the cash value of this blog. No reasonable offer accepted. To learn more about economy and business related posts you might want to look in to one of these business energy comparison websites.

PS — The Beatles Story has had 4 million visitors since opening in 1990. One of them was Ben Orlin.

[A hearty h/t to commenter @Rob Guertsen, who sent me the link.]