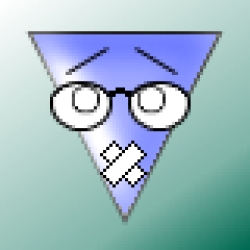 Is your favorite film Magical Mystery Tour when watched with a hangover?

Is your favorite song the sound of Yoko and John screaming in wordless unison?

Is your favorite record the White Album… but only when both LPs are playing simultaneously over one another?

Then “The Beatles Story” is the museum for you!

True fact: More Liverpudlians have had a #1 record than musicians hailing from any other location.

The city of Liverpool is at once artsy and working-class. Walk a quick downtown loop, and you’ll find postmodern exhibitions, good espresso, and kitschy shops, set against the busy, pubby scene of an industrial port. It’s exactly the town you’d imagine the Beatles coming from.

So if you’re me—an American in England, wary of tourist traps but too much a Beatles fan to resist—you make your way to “The Beatles Story.”

You join the queue. It is 20 people long, terminating in a rope. After a few minutes, an employee emerges and—with great fanfare—lifts the rope! Excitedly, you shuffle forward…

…about five steps, where you join the continuation of the queue, waiting behind another rope.

Evidently eager to display the British prowess for queueing, they’ve chosen to create three consecutive queues where one would have sufficed. (Fittingly, for this exercise in excess, the speakers are playing the White Album on shuffle.) At last you arrive at the ticket booth and pay—gulp—15 pounds to enter. In an act of self-preservation, you suppress your brain’s instinct to convert this to dollars. (“Wait, did I just pay twenty-sev—NO, BRAIN, DON’T DO THIS TO US.”) Next, you are issued a set of headphones, which will play audio commentary as you navigate the museum: interviews, narration, audio clips.

Then you step forward, into a modest but carefully cultivated patch of hell.

A Tooth-Rattling Blast of Insanity

In most rooms, a single Beatles song plays loudly, on loop. Unfortunately, whilst building a discography full of concise and catchy tunes, the Beatles neglected to ask themselves, “What will happen if a human is forced to listen to one of our songs for 12 consecutive minutes, while being elbowed by German tourists and struggling to read a wall placard?”

The answer is: “That human will be driven insane. And it will not be a slow, ‘Hey Jude’-style crescendo of insanity. It will be a sudden, tooth-rattling, ‘Helter Skelter’ blast of insanity.”

I stayed in one room for a modest 12 minutes, and heard the Sgt. Pepper’s title track a full six times. This is four times more than God (or, depending on your political leanings, evolution) intended. But—lucky you!—the aural assault does not stop there. Because the museum consists of a long and winding cellar hallway, in most rooms you can faintly (or, at times, loudly) hear the music from an adjacent room. If you think “Magical Mystery Tour” on loop is fun, wait until you hear it with “Yellow Submarine” droning endlessly in the background.

“Yoko, did that guy actually TAKE my orange glasses?”

And of course you’re remembering to listen to your audio commentary as you go, right?

So there you are, huddled in a corner, shoved and buffeted by a crowd of Germans, clutching your headphones and trying to hear an old interview with George Martin over the dueling soundtracks of two looping Beatles songs, thinking to yourself, “Is this experience ever going to improve?”

Yes, it will, because eventually you will leave. But in the meantime, no.

Many Genres of Awfulness

Just as the Beatles cultivated an eclectic sound, so too does this museum experiment across the many genres of awfulness. One room—apparently intended to illustrate the extent of Beatlemania—features five identical television sets, each playing black-and-white footage of young girls screaming, accompanied by deafening audio. And weirdly enough, a lone TV sits in the middle of another room, with Hamilton playing on Broadway network. One wonders if a similar exhibition inspired some of John and Yoko’s art. In another room, you strain to read the wall placard, but a strobing light makes it impossible. In yet another, the lighting is fine, but the wall placard simply leaves off mid-sentence.

It adds a certain sense of …. expectation

In another, the dissonant musics are joined, occasionally and inexplicably, by the pitiful recorded yawps of a cat. (It was this particular cat that reduced my wife to laughter and tears over the farcical terribleness of it all. The rest of the museum’s ills can be chalked up to laziness. But not this. Someone decided the cat noise would enhance the experience, and then spent actual time, drawn from the precious and finite calendar of their mortality, to add this sound effect to the exhibit. This took effort!)

We stumbled out into the daylight—passing briefly through the gift shop where a CD of “Ram” was available for the bargain-basement price of 40 fucking pounds—and took stock of what we had witnessed.

It was fitting, in a twisted way.

Pop music’s greatest-ever innovators of sound design are now commemorated by an exhibition that makes itself, through no small effort, the mortal and enduring enemy of ears.

Pop music’s greatest-ever charmers are now honored by a museum as charmless as a DMV. [That’s a “Department of Motor Vehicles” for our non-Yank readers. — MG]

“Guaranteed not to split”?

Somewhere in 1968, a teenager with undiagnosed ADHD has fallen asleep, after a night of heavy drinking, with “Revolution #9” on the stereo and Yellow Submarine on the TV. In his dream, he paces a dank and crowded basement, cacophony engulfing him, the mingled sounds of the Beatles’ career mutating into a sinister echo, cascading across time.

And on the Albert Dock in Liverpool, in the year 2015, his dream is a reality.

(They do have George Harrison’s first guitar, though. That’s pretty cool.)

BEN ORLIN is a writer and math teacher living in Birmingham. He’s a nice man, but RAM for £40 brings out the Blue Meanie in him. His work can be found on Slate and his blog, “Math with Bad Drawings.”

The Beatles Writings of Joshua Glenn: “Origin of the Pogo”