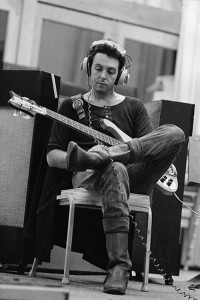 McCartney is viewed and treated by music critics, particularly with respect to his early solo efforts.

This is a great topic and one that I think deserves its own post. Why is it that Macca seems to run afoul of critics?  Is there a particular set of reasons or circumstances we can pinpoint which would explain it?

In their interview with author Tim Doyle, author of Man on the Run, Paul McCartney in the 70’s,  Mike and Nancy asked a similar question:

Why do you think Paul was often treated harshly by critics, especially in the 70s and 80s? Which of his post-Beatles work do you think will last?

I think he was unfairly treated for a couple of reasons. Firstly, he was presented as supremely confident, to the point of slight smugness, in the film Let It Be. Secondly, he was then seen to have “quit” the band. So I think the critics’ knives were sharpened for his next records, and were seen as lacking when held up against the golden light of The Beatles.

Also, it was the era of heavy rock, heavy statements, and so he was seen as lightsome — which in fairness, a lot of his ‘70s stuff was. But the reissue program of his ‘70s albums is certainly painting them in a different light; I think Ram, Band On The Run and even Venus And Mars will be viewed as key albums of that decade.

I find it intriguing that, decades later, McCartney’s early solo albums are viewed more favourably than when they were first issued.  The music hasn’t changed– but something has, and I think it’s the culture of rock itself.

(For your interest, an interview with Geoff Emerick, who sings Paul’s praises–someone has to.)