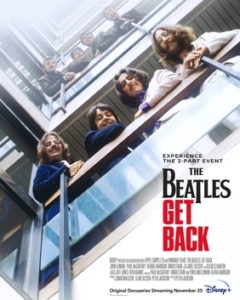 [Folks, I responded to a comment from @Erin this afternoon, and felt that I was able to express some complex, important stuff in a reasonably concise way, so I’m surfacing it here.

But before you read that…
Whatever else they might be, The Beatles are an historical phenomenon; which means two things. First, each fan must create their own idea of the group out of the scraps that speak to them; all fans do this. But loving an historical thing means each fan’s mental fabrication, made-to-measure and drawing from the fan’s own preferences, moods and emotional needs, is more and more idiosyncratic, and can now exist unsullied by new data. In 1966, The Beatles were both much more limitless (what would they do next?) and also terribly finite, concrete—a thing in the world, the parameters of which were largely agreed upon. Today, it is all much more personal…and in the endless bullshit factory of the internet, debated constantly, each fan arguing passionately for their personal vision of The Beatles. But there was that finite thing, that historical happening interlocked with infinite other happenings, influencing and being influenced by them all.

Second, loving historical pop culture forces a person into a tension with the present. You live now, but you prefer then (or your idea of then). Some fans relieve this by creating a version of the group and its members that reflects the present—not the historical people, events, pressures, prejudices, etc. Loving an historical thing requires a kind of wisdom and self-knowledge not necessitated by the latest blurt from the Marvel Cinematic Universe.

As with so much else, late-stage capitalism makes all this worse. Our culture’s premium on the new means it is shot through with “the anxiety of influence.” We attempt to dominate history, to rewrite it in the present’s own image, or encode our preferences and prejudices in the past, so they may be excused in the present. Every era does this, it is deeply human to do so. But until we own up to it, there’s little chance of learning from the past, or understanding it, or even seeing it clearly. If all my writing on Dullblog has a throughline, it is perhaps a yawp against “presentism,” the Panglossian faith that the preferences of the current moment represent Humanity at its zenith.

The Beatles, a disposable pop group fifty years old and counting, refute “presentism” quite powerfully. What you do next? Thats where things get interesting.—M.G.]

@Erin wrote…
Michael, it’s depressing to think about the editor cutting [the Get Back footage] a certain way, but thanks for reminding me to be aware of this. I tend to be much too believing of other people’s perspectives. I would love to come at this film without analyzing it, but I know myself–thats going to be impossible.

Others have said “Let It Be” was a bit too negative, but it sounds like you (Michael) believe that narrative is largely true. Am I understanding you correctly? I’m fascinated by how divisive “Let It Be” seems to be even now.

I wish we could know that Jackson was just showing us all the extra footage, cleaned up, with no agenda. But I suppose every creator, including myself in my own writing, has a goal/purpose, and thus a bias.

@Erin, couple things:
Every creative project is the construction of a narrative out of the chaos of data. This very much includes journalism, documentary, and history. The narrative is not, and can never be, reality; at best it can illuminate an aspect of reality which you will then understand better in your mind.

Every creative project reflects how/who it was funded, and the biases of its time. Peter Jackson’s WWI documentary existed to 1) laud the common soldiers of WWI, and 2) make modern audiences feel kinship with them by making them “look real” (ie, in color and sped up). These are reasonable goals but they are intimately connected to who was funding the project and why, and who was providing the raw footage and why (the Imperial War Museum). And that film was inherently political — as this one will be, too. Look at how Lennon is portrayed, and you’ll see the politics; he’s a lightning rod for left and right.

The creation of any item is a social process–it is shaped by the desires/opinions/skill of a group of people. “Let It Be” was not the truth; “Get Back” will not be the truth. Both are, at best, sincere attempts to show reality as it was in January 1969. The fact that they are for-profit makes this less likely; the fact that people really care about The Beatles makes it less likely. The fact that Paul, Ringo, and Yoko are still alive makes this less likely. In a capitalist society, truth can only be told if it sells.

The “Beatles with their trousers off” ethos of “Let It Be” was very much an ethos of January 1969. (And it was very “New Showbiz.”) The ethos of our current time is to have a much more nuanced, often self-pwning relationship with the truth of celebrities. Stars big and small are very adept at seeming to show truths, while maintaining a very carefully constructed public image. The very fact that “Get Back” is coming out now, instead of 1995, makes me wary of it; Anthology had some rough edges that made me trust it. Big media companies have gotten a lot better at giving the public faux-revelations, and have had 30 more years’ practice fine-tuning “the star as product.” And audiences today aren’t really interested in “Beatles with their trousers off.”

Finally, the mere fact that “Get Back” is appearing 52 years after the fact, rather than 18 months, makes it less likely than “Let It Be” to be close to the truth. The world is a very, very different place now, and the idea that a 2021 brain could sync up with a 1969 event very well is very unlikely. “Get Back” will be–at best–a 2021 interpretation of an event in 1969. And that is why it is being made today; the end of the Beatles’ story, as told in 1970 with “Let It Be,” is dissatisfying to the principals of Apple. It is also dissatisfying to some fans–hence “divisive.” This is weird to me.

When I was coming up in the Beatles fandom, nobody had any problem with “Let It Be.” We didn’t like it — how could you? — but we didn’t think it was lies. We didn’t have the same relationship to our obsessions as people do today. The Beatles made this movie, it seemed to show certain things, you might have opinions about those certain things, but it was accepted as the movie The Beatles gave us, and thus as factual as the tracks on Revolver. Now, fans have a very different relationship to all this stuff; there’s definitely a sense of “fan as customer” working here. A significant number of fans don’t like the story, so Peter Jackson has been brought in to see if there’s another story in the footage, one that fans will like more. And pay for — while at the same time, the Official Narrative becomes a little more forgiving. Paul will be less bossy, Yoko less weird and controlling; both will be more sympathetic. Like those WWI soldiers.

This may seem utterly cynical on my part, but recognize that this wouldn’t be happening if a different story couldn’t be made out of the footage. No one would be paying Peter Jackson to make a 6-hour cut of “Let It Be.” A different, more pleasant, more marketable narrative is why this movie exists; but that’s not a value-neutral thing, regarding history. Considering the January 1969 sessions as pleasant, happy, productive–this is a major revision to the story, as if the …. Pepper Deluxe Edition contained a bunch of tracks that sounded like Nirvana. A positive spin on the “Get Back” sessions, while more sellable and certainly more comforting to Paul, Ringo and Yoko in their dotage, actually deepens the mystery of the breakup, and suggests that Lennon was even more culpable. If the group was naturally growing apart, then John didn’t have to do much extra to get his divorce; but if it was still basically functional, well…

To answer your question if I think “Let It Be” is essentially true, I would say that I find it odd that this is even a question. It has been the only data we have on the period, along with interviews after the fact. And the film, and the interviews, told the same story. I think we should be very careful, because The Beatles’ history is now in the hands of the members of the group who were more likely to be politic, and the two members who relished telling “the inside story” are now dead. And Yoko, who came off so badly in “Let It Be” that she was considered the villain of the breakup — the first time I saw “Let It Be” in the theaters in 1978 or so, she was actually booed and hissed whenever she came on the screen — the Jackson documentary is an excellent attempt to rehabilitate Yoko’s reputation. Something she surely desperately wants before she dies.

I never believed that Yoko was the sole cause of the breakup; but if one says that the narrative of “Let It Be” was showing four friends who were thoroughly sick of each other, sick of the pressures of fame, making music at a low creative ebb (I simply don’t like the MUSIC of “Let It Be”), I always bought that 100%. Not just because of the movie, but also the interviews after, and the bitterness after, and the bad-vibes bootlegs, and — “Let It Be” explains the breakup, which is I think what it was meant to do, ultimately. And while Jackson’s super-cut of happiness might sway me a bit, you still have to deal with all the interviews, particularly with John and George, which confirm the earlier movie. What I wish happened doesn’t enter into it; The Beatles aren’t the MCU — fans can’t make the story into what they wish, and call it canon. For that, they need help, and I think that’s what Jackson is providing here.

Biography vs History: Expectations and Assumptions about Beatle Narratives