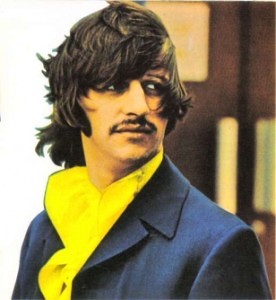 NANCY CARR * Usually I can take or leave alternative history experiments, but Geoffrey Himes’ “What If The Beatles Hadn’t Broken Up?” in Paste is so loony I had to bring it back to the Dullblog community for commentary. [For great alternate Beatles history, see Mark Shipper’s Paperback Writer or HD’s own Michael Gerber’s Life After Death for Beginners.]

Part—but only part—of the problem is that Himes’ writing is serviceable at best, so the piece comes off as mediocre fan fiction. The much larger problems are with the motivation and plausibility of the Beatles as they appear in this mirror universe. Here’s the Cliffs Notes version, for those who don’t want to read all five pages of Himes’ construction:

In early 1970 Ringo phones John, and sets up  a long face-to-face conversation in a pub (Yoko is present but silent). Here’s the important part (Ringo is the first speaker):

“If you let Paul break up The Beatles,” he said, “you’re conceding the point that he’s so important that The Beatles can’t go on without him. You’re agreeing with him that the rest of us can’t be The Beatles if he’s not there.”
John’s head snapped around. This dart had found its bull’s eye. “Fuck Paul,” John snarled. “We don’t need him. We can be The Beatles without his little ditties.” He didn’t notice that Yoko’s shoulders slumped at this turnabout, and Ringo wasn’t about to call attention to her reaction.

Here on the first page you have the two main problems with Himes’ version. First, you have to buy Ringo as a mastermind able to convince John and George to get along, and able to talk John into participating in the Beatles despite Yoko’s discomfort. (Later in the story he gets around Allen Klein, too). Second, you have to agree that a version of the band without Paul McCartney in it could be, in any meaningful sense, the Beatles.

If you let go of needing to see the story as at all believable, there are enjoyable aspects to it: it would have been great to see John, George, and Ringo play together live, and a blast to see Paul collaborate with the Meters. But there’s so little rigor to this alternative history, so little engagement with the bedrock realities of the Beatles’ personalities and their situations in the early 1970s, that it left me more annoyed than entertained.

It’s true that John, George, and Ringo apparently did consider asking Klaus Voorman to form a band with them, but the name mooted for the group was the Ladders—showing that they had the good sense to recognize that this different group would require a new name. And it’s true that Ringo was always the Beatle all the ex-band members could talk to: there’s a good reason Ringo is the only post-Beatles album on which all four play. But Ringo as a far-seeing, compromise-forging diplomat whose skills leave Henry Clay, Henry Kissinger, and Hilary Clinton gasping in the dust? Sorry, no sale.

Reading Himes’ story made me recognize how glad I am that, post-breakup,  none of the Beatles ever tried forming a different band with the same name. It took all four of them to make the group, and despite all the sniping, and the Lennon/McCartney meltdown, they never forgot that.

Mark Hertsgaard, in A Day in the Life: The Music and Artistry of the Beatles (1995) expresses this beautifully: 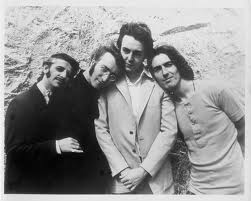 “The magic of the Beatles, as they themselves well knew, was something bigger than the four of them. Talented as they each were, there was an alchemy in the way they came together that made two plus two equal not four but forty . . . . Indeed, the Beatles themselves sometimes said they felt like four aspects of the same person. ‘We’re individuals, but we make up together The Mates, which is one person,’ McCartney explained. ‘We all add something different to the whole.’ To an amazing degree, their collaboration canceled out the weaknesses while magnifying the strengths of each member; collectively, they projected an irresistible personal charisma. ‘If you put together all the personalities of the Beatles, it worked perfectly,’ said George Harrison. ‘It was magic.’ And the charisma carried over into the art; the Beatles’ personal chemistry was indivisible from their musical creativity. ‘Beatlemusic is when we all get together,’ said John. ‘The Beatles just go into a studio, and IT happens!” (p. 135)

Three former Beatles plus a different bass player doesn’t equal the Beatles, and it’s to Lennon’s, Harrison’s, and Starr’s credit that they recognized this. It can be fun and intriguing to imagine different collaborations among them after the breakup, or to assemble playlists representing what might have been if the Beatles had released music collectively even if they weren’t playing together, but I’m deeply grateful that the four of them let the “Beatles” banner lie if it could no longer wave over them assembled together, making magic.