Biography vs History: Expectations and Assumptions about Beatle Narratives 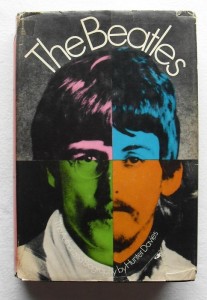 Over at the Tumblr fandom categories post, an interesting and lively discussion is taking place about Beatle biographies, and our expectations of and assumptions about authorial intent and accuracy.  I thought the topic warranted a closer look.

Are journalists and biographers simply writers “who are paid to tell a story that sells”, as Mike Gerber contends, or should they be held to a higher standard because their work, as Ruth contends, is presented and consumed as history?  Should biographers be held to the same journalistic standards of factual reporting which govern the Fourth Estate?

Here are some basic elements:

Reporters are expected to be as accurate as possible given the time allotted to story preparation and the space available, and to seek reliable sources.

Independent fact-checking by another employee of the publisher is desirable.

Corrections are published when errors are discovered.

Private persons have privacy rights that must be balanced against the public interest in reporting information about them. Public figures have fewer privacy rights in U.S. law, where reporters are immune from a civil case if they have reported without malice. In Canada, there is no such immunity; reports on public figures must be backed by facts. Pursuit of the news is not a license for arrogance. [source: Wikipedia]