All you need is paint 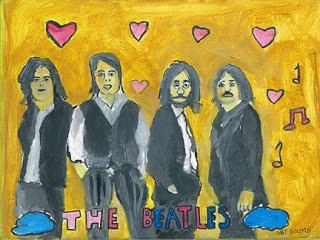 I saw this painting on Regretsy, the site that comments snarkily on products offered for sale on Etsy. Readers of Hey Dullblog, which Beatle comes off worst here? Best?

[Note that this is an old listing — you can’t buy this painting, but you can read the Regretsy post about it.]