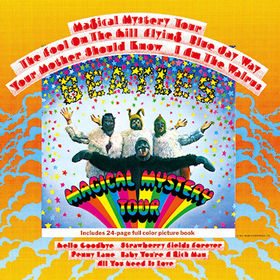 I recently praised George Starostin’s “Only Solitaire” review website on a comments thread, and wanted to draw the attention of Hey Dullblog’s readers to his blog, which features reviews of new music and revisitings of music discussed on the original, now archived “Only Solitaire” site. The latest review is of “Magical Mystery Tour,” and includes much to think on for any Beatles listener.

[Background info: George Starostin isn’t a professional reviewer, but a Russian linguist, born in 1976, who is a member of the faculty of the Russian State University for the Humanities in Moscow.]

Postscript (added May 12): you can find George Starostin’s original site, which includes hundreds of reviews, here: