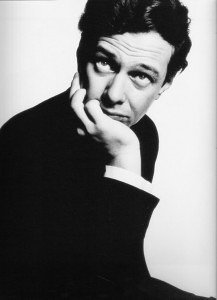 Chris Carter’s ever-excellent “Breakfast With the Beatles” reminded me that today is the 50th anniversary of the death of Brian Epstein, the original Beatles obsessive. I’ve written a lot about Brian on this here site, as my own journey through showbiz has proven how important support people are to any showbiz success story.

Brian was uncommonly intelligent, honest and decent in a business not known for these traits; what’s more, he genuinely loved the Beatles, as a group and as individuals, and would do anything to protect them. He was an essential man. So many of rock’s tragedies — the neutering of Elvis, the death of Jimi Hendrix, the Badfinger story — features a lousy manager at their heart. Because of Brian, the Beatles avoided that… for a while. Then, even they succumbed.

I feel a lot of gratitude towards Brian, and no little kinship. He, more than the others in the band’s inner circle — more than Liverpool cronies like Neil and Mal, or paid-professional types like Peter Brown or Derek Taylor — was a fan, just like you and I. He felt the magic. He was Patient Zero for Beatlemania, and anybody crazy enough to read a website like Hey Dullblog should lift a glass to a kindred spirit.

Here are a few noteworthy posts about Brian:

The Brian Epstein Story — 1998 BBC documentary
What If Brian Epstein Lived? — MG’s admittedly rosy reading of an alternate future
1967 Brian Epstein Interview with Murray the K — an interesting glimpse into Brian’s mindset during the  last months of his life
The Dizz Gillespie Story — probably my favorite Hey Dullblog post, written by Devin. Just go read it.