Taking a moment on this lazy Sunday to pass along a mildly interesting recording I found last night: the infamous 1967 Brian Epstein interview with WOR-FM’s Murray Kaufman (“Murray the K”) from March 1967. Brian was in the US announcing the addition of Robert Stigwood (and Stigwood’s acts The Cream and The Who) to his company NEMS.

The coolest bit comes at the 15:00 mark, where Brian mentions turning “Sgt. Pepper” into a TV show. Is this what became “Magical Mystery Tour”? Could be — according to this page, MMT began in April, shortly after this interview. Of course we know it accelerated in September after Brian’s death, with Paul McCartney taking the lead.

The rest of the chat is about what you’d expect, but it’s gained a bit of prominence because of Brian’s obviously drugged condition during the beginning. According to great & good friend Nat Weiss (and I’m not using that in the old TIME magazine sense, although who knows?) the moments before the interview were a lot more dramatic than the talk itself:

“Before he was to give a radio interview with Murray the K, I came into the room (in the Waldorf Towers) to find Brian slurring his language. Obviously he had taken several Nembutals. He had this interview coming up and there were people in the waiting room waiting to see him, and he was like this. I found the bottle. I had to wrestle with him on the floor, throw the bottle out of the window of the hotel and just yell at him. Eventually, with coffee and things like that, we got him together and we took him to the interview.”

Maybe because I was expecting it to be a lot worse, what struck me was how lucid Brian seemed by the end — he’s not the out-of-control mess that is suggested in, for example, this portion of “The Brian Epstein Story.” (Begins at 8:03.)

The Steve Jobs of Rock and Roll

Longtime readers know that Brian Epstein is one of my biggest Beatle interests these days, and this stems from two issues. The first is, Brian’s talent is generally undervalued by Beatlepeople — John, Paul, George and Ringo suck up all the adoration in the room, which is understandable. However, one of the things that keeps us from getting better pop culture is how we seldom look past the creators. Everybody wants to be the guy singing, and nobody even notices the people who make that singing possible. But if you have great people behind you, your stuff is a lot better.

The Beatles’ continuing domination of our culture makes them seem utterly inevitable, but they were not. Making the leap of imagination from the scruffy band Brian saw in the Cavern to the world-conquerors of Beatlemania (much less the innovators of Revolver and Pepper) was an act of profound creativity. Then to use networking, negotiation, leverage, persistence, and a million other tools to turn that vision into reality is another amazing accomplishment.

It’s difficult to understate how rare Epstein’s combination of skills truly is.  John Lennon’s backhanded string of compliments in Lennon Remembers — “Brian was a beautiful guy…an intuitive, theatrical guy [who] presented us well…” — has become the standard line, but it’s woefully inadequate, coming as it does from the era in which an insecure John was determined to claim as much credit as possible. In branding, managing personalities, assembling teams, I can’t think of anybody who did these better than Brian Epstein. Steve Jobs, perhaps? 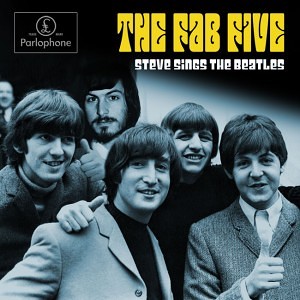 The difference was that Epstein didn’t live long enough for a second act. His life until age 32 suggests that there were other triumphs to follow; showbiz in the 70s and beyond would’ve surely been different had Epstein lived. Just as Jobs built Apple, ran it into a wall via his own hubris and youth and flaws, then came back to lead it higher, it’s not at all impossible that Brian would’ve done the same with The Beatles.

Brian Died For Our Sins

The second focus of my interest is the persistent portrayal of Brian as fundamentally tragic. I think this is skewed by hindsight and, to some degree, straight people’s attitudes towards male homosexuality in the period immediately after Gay Lib. Much is made of Brian’s deterioration after August 1966 for rhetorical reasons: because we know what’s going to happen, every popped pill or missed appointment (or Dizz Gillespie sighting) seems ominous. (“The Brian Epstein Story” makes it positively creepy.) Because Brian died accidentally, there’s a craving to make sense of it, and the easiest way to do that is to make it feel preordained.

Only now that we’ve had 50 years of the rock and roll lifestyle, we can say that Brian Epstein wasn’t particularly unstable, on the spectrum of drug users. Would I want him defusing atom bombs? No. But the Murray the K interview is notable precisely because it was one of the few times his sloppy personal life obviously got in the way of his professional responsibilities. Imagine if John Lennon had died of a heroin overdose in ’68-’69 — this interview would sound a lot more ominous, no?

But John Lennon could “handle his drugs,” right? Not necessarily. We don’t know how many close calls he had because, he, unlike Brian, survived. He was able to spin things after the fact, and probably did — John, hardly a paragon of willpower, supposedly tied himself to a chair to kick heroin (I don’t buy it). John, unlike Brian, was macho, straight, very masculine-acting, the leader of the band. That’s why people always get their knickers in a twist when it’s suggested that John might’ve been bi. The conventional narrative on Brian comes straight out of the “soft” stereotype of gay men. He’s passive (The Beatles are leaving me!), over-emotional (whatever shall I do?), weak (Nembutal, take me away!) — he’s female-seeming, and as Nancy has said, a lot of rock fans prefer a misogynist narrative. Mistreated by men, rendered incompetent by his emotionality, Brian succumbs to misadventure. This vision of Brian verges on “Valley of the Dolls” camp, and it can’t be the whole story, because a guy who did all the things Brian did between 1961-67 had to have a lot of emotional resilience and strength. But because it suggests that Brian Died For Our Sins, it appeals to a certain kind of sympathetic straight person (cf: Vivek Tiwary’s take on Brian Epstein and marriage).

All of this is not to say there isn’t some use in the standard narrative; it does explain some things. But just as we’re getting more nuanced versions of Lennon, McCartney and the rest, it’s time we do the same for Brian Epstein. And I don’t think that nuance will come from examining Brian’s contracts, because he wasn’t just a businessman; nor reducing him to his sex life, because he wasn’t just that, either. I think we have to start with what’s summed up in this quote from George’s first wife Patti: “[Brian] was not motivated by money but by a desire to make the dreams of his artists and pals come true. How rare and special that was…” 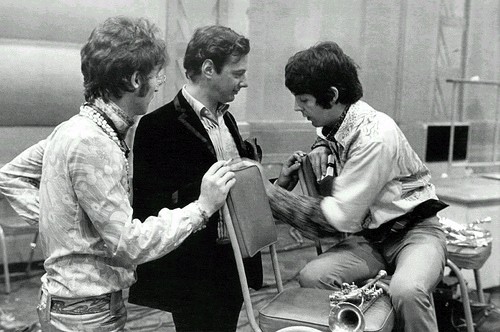