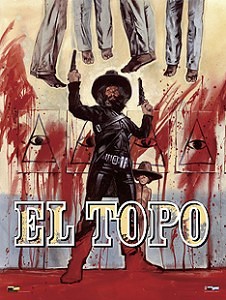 Reading this post on “El Topo” at BoingBoing.com made me recall that I read somewhere it was John Lennon’s favorite movie. Anybody ever seen it? Should I seek it out? I have an insatiable desire to watch pre-1980 movies, especially foreign ones, but I have a low tolerance for symbolism (Bresson’s “Au Hasard Balthazar,” for example, left me cold…well, the humans did. The donkey was superb). Opinions?

Here’s the movie’s page on Rotten Tomatoes—surprisingly positive for an underground flick, right?

While researching this post, I ran across this post, which contains a few amusing details of life with the Lennons at Tittenhurst…