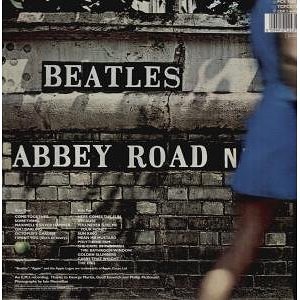 NANCY CARR • I recently discovered the Soundscapes website, which features — among many other things — musicologist Alan W. Pollack’s notes on the entire Beatles catalog. Not since I found George Starostin’s  original review website have I been so excited about a mine of musical information and analysis.

The whole set of notes is well worth your time and attention if you’re interested in understanding the Beatles’ work, with an emphasis on the music rather than the lyrics. Pollack does make some comments about the lyrics and the songs as whole entities, but his focus is on explaining what’s happening musically. I’m familiar with good commentaries on the catalog (Riley, MacDonald), but it’s great to find musical analyses of this quality available free, and written in such a way that they’re accessible to those of us with a limited understanding of musical terminology.

I went first to Pollack’s analysis of the long Abbey Road medley, because it was that medley that really drew me to the band. As I’ve said here before, I came to the Beatles at a later age than most fans, having spent my adolescence/young adulthood mostly listening to 70s power pop, 80s New Wave, and the Who. When I went off to grad school Abbey Road was one of the few Beatles albums I owned, along with the red and blue compilations. It was while I was writing long, research-intensive papers that I started listening to the album regularly, especially the second side. Something about “Here Comes the Sun” and the long medley could always get me (relatively) unstuck. The emotional landscape of that side has lastingly fascinated me, and now both my children know it from memory as well (not that they’re always grateful for that kind of immersion; often they’d rather be listening to Psy or Taylor Swift).

For me Pollack’s notes do what great writing about music does: they help me understand what it is that drew me to play that side over and over years ago, and what about it still draws me today. By looking at each fragment and explaining how they work together, Pollack explains the “organic interconnectivity and teleology they embody as a whole.” Specifically, he analyzes the way the medley’s shifts between the keys of A and C underline the emotions expressed in the lyrics. Pollack puts it this way: “one experiences the tonally ‘bi-polar’ design of the medley as expressive of some kind of mixed or unresolved emotions.” I’d add that it’s an achievement of the first order that the medley takes so much that is ambivalent or negative and makes it beautiful.

Since I’ve known the Beatles’ story better I hear this medley as the band’s (and George Martin’s) farewell to each other and the audience. Interesting that Lennon often went on record as disliking it, and that it was McCartney who chiefly stitched it together, with Martin’s help. Seems entirely in keeping with Lennon’s distaste for all things Beatles-related at the time of the album’s release, and with McCartney’s longing for the band to continue.