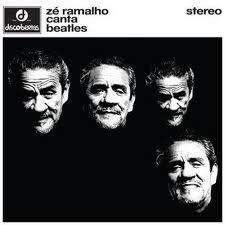 Courtesy of Dusty Groove America, a great soul/funk/jazz/world record store here in Chicago, I’ve discovered a number of Brazilian artists doing Beatles covers. One of the most interesting albums is Ze Ramalho Canta Beatles, which includes some solo songs as well, like this version of “Another Day.” Ramalho’s delivery has really grown on me.

And its good to see this song getting some positive attention, after years of being critically dismissed. As several on this blog have remarked (most recently Annie McNeil, in the “Drugs and Differences” thread), it’s striking that McCartney often writes sympathetic songs about women’s experiences. “Another Day,” far from being lightweight muzak, is an effective short story in song about a working woman’s struggles — released in 1971 and still relevant today.

If you like Ramalho’s cover, the Brazilian label Discobertas has produced several albums of Beatles covers, including this compilation that includes all the White Album songs.