Sure, we’re all smiling before we deal with the book business.

I don’t know if anyone is interested but here you go
from Mark [Lewisohn]’s twitter today:
“The extended edition of Tune In has sold out and is now unavailable. Another print may or may not be scheduled at some future time. The e-book (issued in two halves) IS still available, but it’s UK only. My US publisher, Crown, wouldn’t issue the extended book and couldn’t agree terms for the e-book. I’m sorry about that, for me and for everyone in US who wants to buy it, but I can do nothing about it.”

To which our own Nancy replied:

Sandy, that’s crazy. WHY can’t the extended edition be released in the U.S.? And WHY wouldn’t the publisher immediately reprint the British extended edition, if it sold out so fast? Here’s hoping things change. Having now read the one-volume version, I can only second Devin’s hearty endorsement of Lewisohn’s work. This biography is exemplary.

Which moved Devin to say:

As of today, the Extended Edition is listed at Amazon.co.uk as “Currently unavailable,” with 1 new copy being offered for 728p, 68s — close to a 900% increase over the original price, and probably not uncharacteristic of what others will be asking. If years pass and no reprint appears, that figure will only rise. The likeliest scenario may be that a high-end specialty publisher (say, Genesis Publications, which put out Ringo’s photo book) will pick up the rights and offer a new limited edition, at an accordingly inflated cost.Boy, am I glad I got mine right away. The price seemed steep at the time, but right now it’s looking like a bargain.

Devin’s idea might be how it shakes out, in five years or so, once all the acquiring editors have moved on. Here are more thoughts, as a Beatlefan and grizzled veteran of the publishing industry:

Why No US Tune In Extended Edition Ebook?

I can only assume from Mark’s tweet that Crown (a subsidiary of Random House) was afraid that a print Tune In Extended Edition would cannibalize sales of its standard edition—and remember, sale #1,000,000 is much more profitable to a publisher than sale #1,000, thanks to economies of scale. But that doesn’t really explain why there’s no US ebook Tune In Extended Edition.
Lewisohn’s “Couldn’t agree [to] terms” may be a clue: Publishers often force through unreasonable terms for the ebook section of book contracts; in yet another example of the Man Holding Us Down, an ebook sale generates more profits for the publisher but pays less in royalties to the author, than a comparable print sale. Why? Because they can. Big publishers are determined that ebooks replace paperbacks in their mix; that’s why here in the US, ebooks are often US$9.99, an absurdly high price given that there are no recurring costs. (Yes, it costs something to turn a print manuscript into a .mobi, .epub, et al file—but realistically, ebook sales are all profit.) Lewisohn’s Standard US ebook is priced at $13.99. 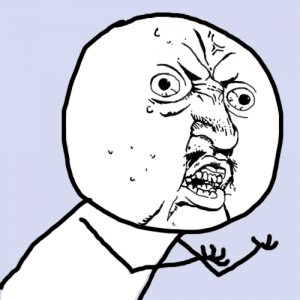 WHY U NO SELL GIANT BEATLE BOOK?

A quick aside: high ebook prices in the face of increasing ebook consumption is insane. First, it feels like a ripoff. Second, it discourages reading from returning to its former status as a truly mass-market endeavor, which is the only way traditional publishing will be able to survive in anything like its current form. Third, it encourages piracy. Fourth, it practically begs for an external solution—just like what happened with Amazon, a single, non-publishing specific company which now controls the entire future of book publishing in the US.
So in this Alice-in-Wonderland world, unless demand is so predictably huge that you can finagle the kind of sweetheart setup as Tune In’s UK publisher has–sell the extended version in two ebooks, each £19.49–you’ll refuse to fulfill your contractual obligation to sell the product to buyers, regardless of likely demand. And unless the writer wants to sue, he’s stuck. Book contracts are the work of Satan.

But Wait, It Gets Worse

Where it gets truly Satanic is this: it is highly likely that a single phone call from Little, Brown to Crown could allow them to sell their UK Tune In Extended Edition ebook freely in the US; but because LB is Hachette, and Crown is Random, Crown is probably worried that if it sells the rights, and the Tune In Extended Edition ebook sells significant numbers in the US, they (Crown) will look like idiots. Plus they don’t want the extended edition to eat into their standard edition sales. So they are almost certainly asking for an exorbitant amount, to put LB off. And it’s highly likely that neither side is willing to show each other sales figures, making it all even more stupid and paranoid.
Have you noticed something in all this? How what readers want, and will pay for, doesn’t enter into it? How actually selling books—the publisher’s only explicit contractual obligation—doesn’t seem to enter into things, much? This is, of course, insane; everybody is making less money, with Mark Lewisohn losing by far the most, proportionally. Just as bad, this unavailability will further encourage piracy—now that the ESE isn’t available, it FOR SURE will appear in PDF form online, and whatever sales could’ve been had, will be lost forever. Worst of all, these reindeer games will depress the sales of Volume One, which will lead to smaller promo budgets, less salesforce support, and smaller sales, in every format, UK or US, for Volumes Two and Three.

If I were Mark Lewisohn—and I am not, and this would be incredibly unfun and terrifying and would delay his research, but—I would have a team of lawyers looking over my US deal, specifically any clauses relating to rights purchased but not exercised. If the US ebook ESE rights can be determined to be unfairly withheld—via arbitration if possible, a court of law if necessary—Mark may be able to get the US ebook rights reverted to him. Then he could purchase the ebook files from his UK publisher (giving them a bit of unlooked-for money) and release it in the US on Kindle. If demand for that edition were strong enough—and imports may already show this—a print ESE edition could be arranged for the US in a similar fashion—buying the plates from Little, Brown (UK) or Crown (US).
If you’re reading this advice, Mark, it’s worth exactly what you paid for it—but I wish you the best. Your work is fabulous and deserves to be supported to the hilt, in every way possible. I hope you have good agents and lawyers, and that they, if at all possible, are related to you.