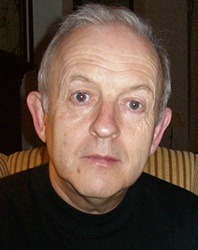 The New York Times reports that Philip Norman has been signed to do a new McCartney bio.

One part of me: all right!

Other part of me: oh no.

Philip Norman is an excellent writer, with a beyond-thorough grounding in the subject. There is nobody who possesses better tools with which to create the definitive biography of Paul McCartney. He’s very smart, knows England of that period, knows rock, knows London, knows The Beatles, knows John Lennon. Unlike Miles, he’s his own man; unlike Lewisohn, he’s a journalist.

Shout: The Next Generation?

But Philip Norman has also shown himself to be remarkably unsympathetic to Paul McCartney in particular, and unperceptive about his gifts in particular. It’s been decades since I read it, but as I recall Shout! was so anti-McCartney as to be irresponsible. (In the Times article, Norman’s quoted thusly: “I was accused of being anti-Paul in ‘Shout!’ and I did afterward feel that I’d been unfair to him.”) Because parts of it were so good, Shout! codified the anti-McCartney lean of most Beatles writing for the next twenty years. The last thing we need—especially if we’re ever going to intelligently appraise and appreciate McCartney while he’s still alive—is a biography like that.

Furthermore, Norman’s getting worked over by Yoko Ono during his Lennon bio (TL;DR: “Tell exactly the story I want you to tell. OK, now I’m going to crap all over your book in the press”) suggests to me that he is susceptible to preconceptions. Lennon and his widow have a reputation for honesty and integrity, so Norman was blindsided when Yoko acted like a typical billionaire. What will Norman do when information on McCartney doesn’t fit with his preconception of Paul as an image-obsessed lightweight? Will he recalibrate, or ignore?

With somebody as rich, famous, and overexposed as McCartney, a biographer needs to be almost Olympian—David Remnick, Tom Wolfe—to get to the real story, whatever it might be. Otherwise, you’d fall prey to the same levers that work on every other journalist, either the desire to destroy (courting sales with controversy) or the desire to fawn (courting sales with exclusive access). What did Norman get in exchange for not challenging the Ballad of John and Yoko? Did it make for a better bio, do you think? Do you think it will make this one better?

According to Norman, “[McCartney] is not directly co-operating, but not objecting to my interviewing close friends, colleagues, etc.” Norman calls that “tacit approval.” I’d call it, “not wanting to come off like a jerk, especially to a guy who’s all-too-willing to skewer you for that.”

PS—When I typed “Philip Norman on Paul McCartney” into Google, this appalling column in The Daily Mail is what I got. This is my worst nightmare of what this biography will be: Fleet Street nasty, and strangely resentful towards Paul, accusing him of things that Lennon gets a pass for. Example:

Like many others in your superstar firmament, you have the ability to shrug off uncomfortable truths, abetted by the legions of yes-men with whom you surround yourself and whose sole function is to tell you that you are infallibly wonderful every day of your life.

“How Do You Sleep”, right? Later, Norman slams the 61-year-old McCartney for using hair dye—but could you imagine Norman skewering the 40-year-old Lennon for the haircuts that concealed his receding hairline? No, and rightfully so, because it’s schoolyard stuff.)

Please, Mr. Norman: do this book right. You can do it, I know you can, and it’s more important than your book on John Lennon. We already knew who John was; we don’t know who Paul is, even now—and that could be the kernel of rock’s Citizen Kane.