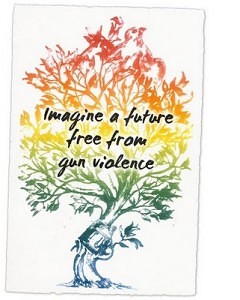 This morning I had a great idea: “Wouldn’t it be great if everybody who loved John Lennon and The Beatles did something nice in his name on December 8th? Something that he might’ve done, if he were still here with us…like donating to the ACLU; eating organic (or even macrobiotic) for a day; spending some extra time with a kid; making some art that showed love for people and hope for the world…Wouldn’t it be wonderful to turn a tragic anniversary into something awesome? And wouldn’t that show, once and for all, that violence doesn’t work unless we allow it to?”

Like all contemporary great ideas, it involves a Facebook page, which is here. I’m no great whiz with Facebook, so any tips on how to make it work better are much appreciated.

I’ve been chewing these thoughts over for a while, as shown by this passage from Life After Death for Beginners:

“Do whatever you think that person would’ve done. A million people doing one good act—it’s as if your hero lived many lifetimes. That’ll drive the bad guys barmy. They’ll learn that violence doesn’t work. But the best thing is, you’ll have done it yourself. You didn’t wait for Mommy or Daddy to make things better. Be your own hero. That’s what I want you to do. That’s what they’re afraid of.”

I’ll probably do a couple of small things, but one will definitely be giving money to the Coalition to Stop Gun Violence, which was the Yoko-approved charity in the years after John’s death. “Like” the page, share your own ideas, and spread the word!