For those of you with a little extra scratch, two Beatles vinyl rarities are up for sale: number A0000001 of The White Album, and a copy of Sgt Pepper with various Capitol execs dotting the crowd in the background.

You can read a bit more about this White LP over at Dangerous Minds; I’ve pasted the COA they reproduced below. 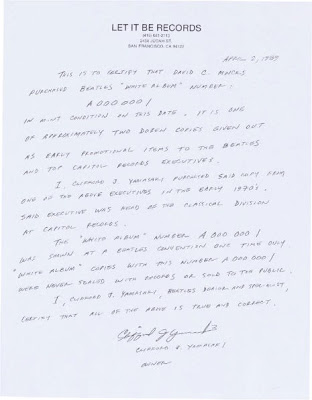