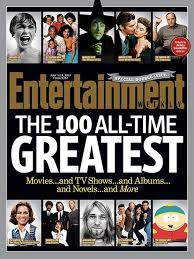 No Sgt Pepper? Did they put stupid in the water of Williamsburg?

Okay, today I had the kind of experience the internet is made for. I was sitting in my doctor’s office reading Entertainment Weekly and—look, I know that if I’m reading EW, I get what I deserve. I suppose I am showing my age, expecting a magazine to be not-idiotic because it’s on paper, but still: there I was reading EW’s list of the Top 100 LPs of All Time and Revolver is #1, and White is #12, and Abbey Road is #22 and Rubber Soul is #65 or something, and…

Sgt. Pepper isn’t even listed. Are you trolling me, EW?

Now I realize I ride a couple of hobby horses pretty hard on this blog. Recently a commenter called me out on that, and he/she isn’t entirely wrong. But folks—in a world where Sgt. Pepper isn’t even listed in the Top 100 LPs of All Time, you gotta speak up.

I know a bit about compiling lists—see here for my essential comedy bookshelf—and every such list is flawed, and personal, and designed to spur discussion. But there’s something woefully wrong with your brain if you like Revolver enough to put it at #1, and not even list the follow-up which, in addition to being an extension of Revolver in some important ways, and hugely innovative in its recording technology, packaging, and conception, at the time (as I have endlessly pointed out) was considered to be the absolute epitome of artistry in not just rock, but one of the high points of popular culture of the last 100 years. Were all those people that wrong? Were all the lists that commonly placed Pepper at or near the top that wrong? Or are the EW compilers playing some kind bullshit rock-snob game that shows just how infantile and, yeah, immature rock music is as an art form?

In addition to currency bias, in the world of pop culture criticism there’s a premium put on a kind of emotional hardness—what a 14-year-old boy thinks serious artists act like. It’s very male, and very adolescent. In this worldview, Pepper (and the brief psychedelic movement for which it stands/stood) is definitely uncool. For the very same reasons, and to the same degree that Paul McCartney, the supposedly simple/happy/emotive/romantic/merely-entertaining Beatle, is uncool. Guys, just say Paul has girl-cooties and be done with it.

If somebody likes The Beatles, but doesn’t like Pepper, I think that’s fine; a bit idiosyncratic, but whatever. Ditto if a person likes The Beatles, but doesn’t like McCartney—you run into those people, bundle of contradictions though they may be. But if you’re a critic (or better yet a board of critics), you have a responsibility to be aware of your biases, and account for them, and have a little humility in the face of previous critical opinion. And not be a bunch of idiots.

Sgt Pepper is regularly downgraded precisely because it—like The Beatles themselves—puts the lie to the idea that current pop culture is the best it’s ever been. This myth of progress is at the very heart of EW, and everything like it. Pepper organically achieved what forty years of ever-better marketing hasn’t been able to replacate. And in this world of pop culture, where what’s new and now must be better than what’s old and then or else the whole mechanism stops, that’s an unforgivable sin. Pepper bruises the modern ego because nothing—not Nevermind, not Never Mind the Bollocks, or anything else—has ever come close to what it achieved.

Here’s Jim Dickson, mentor of The Byrds:
“It was totally awesome. Sgt Pepper was so far beyond anything we could imagine producing or doing that it overwhelmed us. It was like Miles Davis with Sketches of Spain. He just left everybody in jazz with no place to go…What was new in it? Well, all that George Martin production, a backdrop of British music-hall and the tremendous construction, the continuity of songs, the braveness of the music. You could be frightened to death and hear that album and feel OK. It was magnificent. Overwhelming power.”

Or activist Keith Lampe, who recalled listening to it with Abbie Hoffman:
“When ‘Day in the Life’ ended there was silence for a long, long time. It increased our confidence in the future a great deal. It was as though the millennium was at hand, and so the music was necessary to us as activists. It was something that allowed us to keep building momentum rather than exhausting oursevles in repetitive exercises. And I still think of it as a tremendous cultural importance, and its effects are still to be seen here and there today.”

Or the writer Langdon Winner:
“At the time Sgt Pepper was released I happened to be driving across country on Interstate 80. In each city where I stopped for gas or food—Laramie, Ogallala, Moline, South Bend—the melodies wafted in from some far-off transistor radio or portable hi-fi. It was the most amazing thing I’ve ever heard. For a brief moment, the irreparably fragmented consciousness of the West was unified, at least in the minds of the young.”

But let’s end with Allen Ginsberg, who knew a thing or two about cultural landmarks:
“After the apocalypse of Hitler and the apocalypse of the Bomb, there was [in Sgt Pepper] an exclamation of joy and what it is to be alive…They showed an awareness that we make up our own fate, and they have decided to make it a cheerful fate…Remember this was in the midst of the Sixties, it was when some of the wilder and crazier radicals were saying “Kill the pigs.” They were saying the opposite about old Sgt Pepper. In fact The Beatles were dressing up in uniforms, but associating themselves with good oldtime vaudeville authority rather than sneaky CIA, KGB, MI5 or whatever. It was actually a cheerful look round the world…for the first time, I would say, on a mass scale.”

And that cheerfulness, ladies and gentlemen, is what real revolution—real rebellion—real change and real courage looks like. If you can’t see that, the problem isn’t with Pepper, it’s with your own head.