Ian Leslie: “Notes on Peter Jackson’s Get Back” 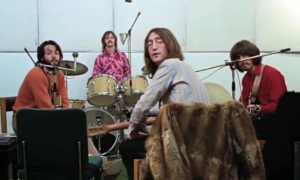 Through the magic of the internet (actually my friend @comicthief on the rapidly decaying Twitter) I stumbled upon this chunk of fine writing by Ian Leslie on Peter Jackson’s Get Back. So many solid insights here, I’ll forgive the insane length.

I always feel so bad castigating contemporary writers for their prolixity; it’s just contemporary style. But ye gods, we need Doctors Without Borders, but for Editors. Leslie warns you right up top, then makes it too good to stop reading in the middle. Unfair! 🙂

Anyway, read it. It’s Dulbloggy, and you’ll enjoy it.

The Bollywood Beatles—I Want To Hold Your Hand