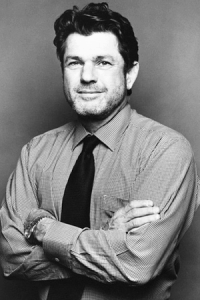 Longtime reader Paul Guay alerted me to the following tidbit: In Rolling Stone‘s latest listifiction, The 100 Greatest Songwriters — ogle it here — Paul McCartney is listed at #2, one spot ahead of John Lennon.

As Paul wrote, “Hell has indeed frozen over.”

As a once-and-future magazine person, I bet the halls were slick with blood over this one. From the outside at least, RS doesn’t seem like the kind of place one could thrive openly preferring McCartney over Lennon; the implications would be too much — in my line of work, it would be like preferring The Marx Brothers over The Onion. Lots of people do, myself included, but those aren’t the people making livings telling the public what’s good. Critics are priests, and orthodoxies must be maintained.

And yet…could Jann’s iron grip finally be loosening? Or have we been introduced to a kind of math:
Q: How many more songs does it take to overcome a (perceived) coolness deficit?
A: 35 years’ worth.

I’m looking forward to hearing everyone’s quibbles. Here are Paul’s to get us started: “They should have listed Lennon-McCartney as a team, in addition to listing them as individuals. And I’m disappointed (but not surprised) to see that Harry Chapin, Don McLean, John Denver and Cat Stevens are invisible.”

Yeah, John and Paul as a team. Mentioned here as an example of Lennon’s genius (which it was), I’d argue that “A Day in the Life” should be put in the J&P bucket because, what would it be without Paul’s orchestration, and the “Woke up/fell out of bed” break? Still great, sure, but markedly less great. It’s really a song that presages both men’s futures — Lennon’s tendency to have one great idea and run it to ground, and McCartney’s sometimes-overwhelming musicality.

Who’d they miss? Who’s too high or low?