NANCY CARR *  Never was an album more aptly named. Chaos and Creation in the Backyard finds McCartney facing the void and trying to wrest something positive from the encounter—but in a modest, domestically-focused way quite different from Lennon’s or Harrison’s more cosmic grapplings. Based on my experience, it may be just the thing if you’re staring down a garden-variety void yourself.

This album has grown on me as few others have. On initial hearings I thought it was all right but nothing special, and now I rank it among my favorite McCartney albums. More than his other albums, I think the context in which it is heard matters. Apparently I needed to be in a dark place myself to appreciate fully the way Chaos and Creation reveals the unfamiliar, messy underside of the familiar McCartney tapestry. 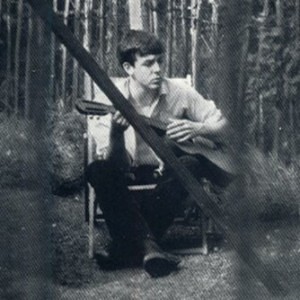 I have an odd feeling I’m going to make a sad singer/songwriter album someday . . .

Recently I had the kind of profoundly disillusioning experience that is hard to communicate without sounding histrionic. I went to a meeting of an organization I’ve belonged to for years at which the organization made an irreversible decision that sickens me. The practical consequences of the choice were horrifying, in my opinion, but what really sent me reeling was the gap I felt it exposed between the ideals we claim to espouse and our willingness to act on them when it will cost us something. This small, local event left me wondering if there’s a point to anything, if high ideals can come so decisively to dust.

I arrived home (pity my husband and family) in a state as close to despair as I’ve felt in years. I was not capable of hearing, let alone taking in, well-meant statements about having done what we could, the importance of having voted, or the fallibililty of human institutions generally. I couldn’t take any more talk touching on ideals. Nor could I take emotional intensity from anyone else, being only too full of intensity myself.

In this frame of mind I cast about for something to listen to (glass of wine in hand). I remembered enough about the feel of Chaos and Creation to think I might be able to stand it, so I put it on. And was surprised, and comforted in a measure I did not expect.

I remembered the album as feeling low key, and it generally is, though its mood takes some dips and swerves. Beneath the surface of the songs, many interesting things are going on. “Fine Line,” the album’s opener, is as close as it gets to the kind of upbeat tune McCartney is best know for. But below the bouncy surface is a song about pain: “Come home, brother / All is forgiven / We all cried when you were driven away.” It’s a plea that goes unanswered. Maybe the invitation will be accepted; maybe it won’t. 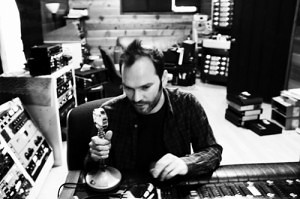 And that’s the hallmark of the album: rather than the neatly-stitched hems expected from McCartney, Chaos and Creation deliberately leaves threads hanving and seams showing. Partly that’s down to Nigel Godrich, whose brooding yet spacious production gives the album a meditative, even ruminative, mood. But mostly it’s the songs themselves, which invoke unfinished business and uncertainty. For example, Chaos and Creation has pastoral moments, but this isn’t the happy pastoral of Ram’s “Heart of the Country.” It’s more like Thomas Hardy’s Wessex, where you’re surprised if anyone cares for you (“How Kind of You,” “Follow Me”), moved by the plight of the few sensitive to others’ suffering (“Jenny Wren”), and awkward and uncertain about whether attraction will come to anything (“At The Mercy,” “Friends To Go.”) Piano and acoustic guitar are the album’s dominant instruments, and Godrich constructs a sonic background for them that sounds rich and deep without distracting from the melodies.

When you can’t help being who you are, make the best of it

“English Tea” is, on the surface, a sharp break from all this, with a spritely piano-driven melody and lyrics inviting “you” to share a cuppa in a flower-laden garden. But even this bit of cheeriness is overlaid with rueful awareness: McCartney knows that such an English tea is “very twee, very me.” It’s as if he’s simultaneously able to look at himself and see what others see, continue to be that person, and accept that he can’t sincerely be otherwise. Thus he issues an invitation as knowing as it is wistful.

“Too Much Rain” continues this mood of open-eyed dialogue, and is the most perfect distillation of what I appreciate about this album. With different music, the lyrics might sound too optimistic, but the subdued treatment McCartney and Godrich give them underlines the effort involved in not allowing pain to overcome: 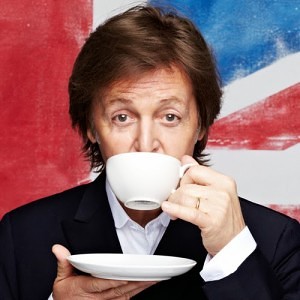 Just how much of the “rain” is circumstance, and how much brought on by our response to it, is left open to interpretation. “Wheels keep turning,” in contrast, is simply matter of fact: life goes on, want it or not, and the best we can do is “for now” resolve not to be overwhelmed by sorrow. The song conveys empathy for those in pain and doesn’t deny the exertion needed to keep going despite it. It’s a complex, adult attitude toward life’s difficulties, and it sounds as if McCartney’s talking to himself as much (if not more) than anyone else.

Being tired enough to learn what the void has to teach

The love songs on the album (“A Certain Softness,” “Promise To You Girl,” and “This Never Happened Before”) are its weakest, in my opinion. They have moments of beauty, but the desperation that threads through them makes them unsettling in ways that don’t seem intentional. “I don’t want to take it back,” McCartney says of his vow in “Promise To You Girl,” but his very insistence raises doubts. “This Never Happened Before” sounds like an attempt at self-hypnotism that doesn’t work. In the end the songs’ overt messages are undermined by their settings and vocals, which oddly makes them fit right in with the somber overall mood of the album. For the ones that want to learn hypnotism can avail free hypnosis scripts online.

The choice to conclude the album with ”Anyway” suggests that McCartney may be more aware of the love songs’ failure to raise spirits than he seems.  Certainly the song rawly reveals the pain of desire that may be unrequited: “If we could be closer longer / That would help me, help me so much / We could cure each other’s sorrow / Won’t you please, please, please get in touch.” 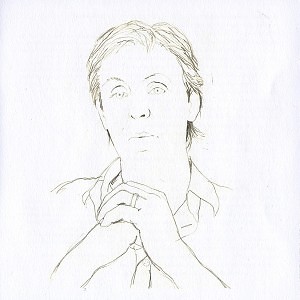 Sometimes life’s in color, and sometimes it’s in black and white

That “please, please, please get in touch” carries none of the joyous charge of “Please Please Me.” It sounds heartbroken, barely hanging on to hope that things might be different.

If you know McCartney’s biography, it’s impossible to listen to this 2005 album without thinking of his ill-fated marriage to Heather Mills (2002, with separation in 2006 and divorce in 2008) or of Linda McCartney’s death in 1998. McCartney had sounded lost before (on his first solo album) and deeply hurt before (on 1971’s Ram and 2001’s Driving Rain), but never before so weary and willing to sit down and learn what the void might teach. As George Starostin puts it, on this album McCartney turns being tired to his advantage. It’s his willingness to acknowlege feeling dispirited and disillusioned while still resisting despair that made Chaos and Creation such a tonic for me while I sought to recover from confronting a void of my own.