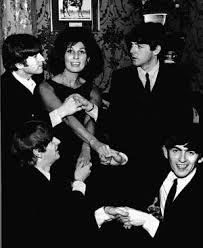 The Beatles with Alma Cogan

This article and this article from the Daily Mail have long intrigued me, less for whether or not it they are definitely true or false than because their truthiness is revealing. They claim that John Lennon had an affair with Alma Cogan, a British singer eight years his senior, and that he apparently believed she was the reincarnation of his late mother. Cogan, as the article points out, was very much a traditional entertainer of the sort whom the Beatles quickly rendered culturally antiquated. But offstage, Cogan and the group mixed in the same relatively small world of British show business, with Brian Epstein (like Cogan, Jewish) an obvious nexus. Cogan never married; rumors as to her sexuality have existed, and supposedly there was talk about her being engaged to Brian Epstein. On the other hand, sexuality is certainly more fluid and wide-ranging than early-Sixties showbiz was prepared to acknowledge, and I see something recognizable in Lennon’s expressions and body language in this video with Cogan. 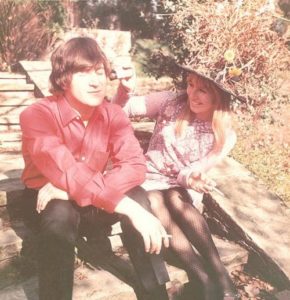 Am I the only person who wonders what John and Cynthia talked about after 1962?

Whatever her orientation, it doesn’t strain credulity at all to believe that Cogan and Lennon had some type of affair, physical or simply emotional, or that John felt strongly about her. John spent his Beatlemania years sleeping with nearly everyone who didn’t happen to be his wife, and he also had a distinct preference for women older than he, whether flings like Maureen Cleave and Eleanor Bron, or both Cynthia Powell and Yoko Ono. I also wouldn’t be surprised if he identified something reassuringly maternal in a woman who, like Julia, was lively and musical. Where I get interested is that thinking about this possible affair can reveal a lot about the unseen mechanisms that made the Beatles work—and how the story of how the Beatles ceasing to work remains both more mysterious, and more plainly human than the one we’re told.

First, the inner workings. (Warning: this is total speculation.) If you were Brian Epstein, and John Lennon happened to be having an affair with celebrity Alma Cogan, and you yourself were closeted, what better cover for everyone involved than to arrange for Alma to be your beard? You get plausible deniability and a good answer to the question of your bachelorhood. People are less inclined to suspect anything between Cogan and Lennon. Beatle John stays happy and doesn’t do anything that might blow up the band’s public image and/or seriously disrupt his life, like leave his wife and baby son for another woman. For the manager who helped McCartney swat away paternity claims and Lennon duck out from serious scrutiny about nearly beating Bob Wooler to death with a chair, this seems like a rather easy and obvious thing to arrange. It illustrates a broader theme we’ve talked about here: the Beatles depended on Brian to protect/parent/enable them, not just to choose their stage outfits and book their tours, and when he died, their machinery lost its necessary grease. 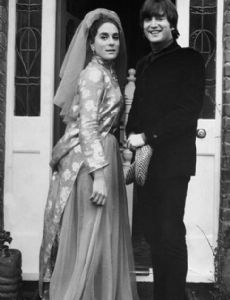 Second, let’s suppose Lennon really did feel something strong for Cogan, even if only for a little while (whether it was love, infatuation, or something weirder and closer to calling Yoko ‘Mother’ is beside the point). Cogan died of cancer unexpectedly in October 1966. That would be another unexpected death of someone John felt close to, after his Uncle George, his mother, and Stuart. And Lennon responded to this death in a way that echoes his responses to at least Julia’s and Stuart’s deaths: he proceeded to swiftly and comprehensively lose himself in a chemical, seeming to seek not just escape, but oblivion. With Julia, it was alcohol; with Stuart, alcohol and speed. (Any guesses as to when young John started smoking cigarettes? I’d bet it was shortly after Uncle George died.) After Alma dies, it’s LSD.

It’s during the few weeks after he returns from Spain and before the Beatles start the Pepper sessions, in fact, that two things happen which would fundamentally change the course of John’s life. The first is the beginning of the 18 months in which he’s regularly, possibly daily, taking LSD, which seems to have changed something in Lennon’s core circuitry—he’s just not the same person after. The second is his meeting Yoko Ono, which happens in the middle of a multiday acid binge, three weeks after Cogan’s death. If John had just lost someone who offered something Cynthia could not (i.e., a hybrid romantic/mother figure) and was deep in grief, it makes sense that he would have been, if not actively searching for another such figure, at least open to one. Given that non-Yoko-approved sources say the first Ono/Lennon coupling occurred about three weeks after they met, not 18 months later, the proximity between Cogan’s death and Yoko’s arrival seems particularly relevant.

And that gets to something else these little Daily Mail pieces illuminate: maybe we’ve never heard about the Cogan/Lennon affair not because it’s not true, but because it threatens to complicate a story John and Yoko wanted to tell, one that, post-1980, Yoko has a particularly strong interest in promulgating. If it were reported that John gravitated to Yoko while grieving Cogan (especially if he thought she was the reincarnation of his mother), might his interest in Yoko look more confused and less like romantic destiny? Might Lennon’s strong feelings for Cogan call into question how quickly those feelings seem to be transferred to Yoko? Could the speed with which this all happened and the swirl of LSD use suggest that all those emotions—for Cogan and for Yoko—were temporary and situational? 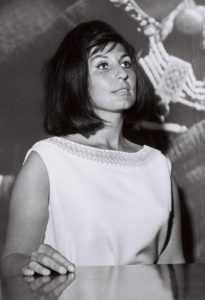 Alma Cogan in the mid-Sixties

It’s not hard to play the “if this one thing hadn’t happened” game with the Beatles’ breakup: if Epstein hadn’t died, if Klein hadn’t showed up, if Yoko hadn’t introduced John to heroin, if they hadn’t gone to India. The Cogan story is interesting because it’s the only pre-Epstein’s death incident I’m aware of that, if true, could have plausibly shifted the next two years’ course: Cogan remains alive; Lennon has one more connection to the real world and London at a time when he needs those more than ever; he doesn’t have one more death—one he really can’t talk to anyone about—hanging over him; he has one more source of validation at a time when Paul’s confidence is at an all-time high; he’s not looking for sex and salvation from an avant-garde artist who’s willing to stalk him and send him postcards that fuck with his mind and suggest he snort heroin; and maybe he uses LSD the way he used pot and coke: to excess, just like every other drug he tried, but not to oblivion, the way he used booze in the early Sixties and heroin in the late Sixties.