Sympathy for the Devil? 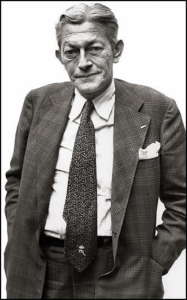 James Angleton, head of CIA Counterintelligence from 1954-1975. His opinion about The Beatles remains a mystery.

Just a quick post, but a thought that I believe is important enough to surface up top.

Recently some commenters have been using the Krays thread to explore conspiracy theories surrounding John Lennon’s murder. This topic is, to me, more than fair game—it has been bubbling under the surface of Hey Dullblog for at least a decade, and I am perfectly happy to have commenters surmise, as long as it’s done in an appropriately forensic manner. Adults speaking facts to other adults. What do I mean by “adult”? Let me illustrate this with a personal story.

As I’ve said, I spent many years happily (?) reading about the assassinations of the 60s. One of the main villains of the JFK murder is a man named James Angleton (for some reason his middle name “Jesus” is often included, but invariably mispronounced—Angleton’s mother was Mexican). Angleton ran the Counterintelligence Desk at CIA for many years, which means not only did he know where all the bodies were buried, he buried more than a few of them himself. Angleton, with his subordinates Anne Goodpasture and Ray Rocca, is the main suspect for “the CIA did it” versions of the plot, which I personally think is the most likely.

So I have spent most of my adult life thinking that Jim Angleton was probably a bad guy, who did a bad thing, for bad reasons. A person whom the world would’ve been better off without. Then I had lunch with my friend Mary.

Mary mentioned that she’d grown up in Washington and Japan, in a family full of generals, and that her father had been head of intelligence for MacArthur in Japan. I mentioned some Kennedy thing, as I would, and Mary immediately said, “Well, I don’t know anything about that, but Jim Angleton was one of my father’s closest friends. He was always so sweet to me as a little girl; of all Dad’s buddies, Jim was the only one who’d ever sit with me and ask questions about my life. Who my friends were, what I liked, how school was going. He was the only person in my father’s will who wasn’t blood. I adored Jim Angleton.”

My point isn’t just that villains can be nice to little girls, but that of course they are. And those little goodnesses do count, or should count, when we’re trying to understand people and figure out what they did here during their few brief turns around the Sun. Insisting that a person must be all good or all bad is probably the single biggest barrier to seeing who they really were. Which, since we’re not St. Peter guarding the Pearly Gates, is all we can or should hope to do.

A new commenter, @Neal Schier, asked whether it was possible to write a biography about a person you didn’t like. I think it would be hard, very very hard. It seems that positive bias can be dialed back closer to neutrality than negative can. Maybe this is because you have to live with your subject; you really do have to re-create the person for the page, and that means they live with you, in your mind, for as long as you’re writing the project. They’re like a roommate. It’s easier by far to live with a good roommate than a bad one; and it’s easier to think that a good roommate did a few bad things, than the reverse.

This is why I generally believe Albert Goldman’s line that he went into the project admiring John (though I think he would’ve still dished the dirt; one of the best things about Goldman is that, because he came from a particular time and place, he rather over-values honesty and rather over-abhors propriety). And I think if he did sign the book contract liking Lennon, but then unearthed lots of information that he found distasteful—that a man he felt was honest, wasn’t—it would explain the profound sourness of The Lives of John Lennon. The fury behind it. I can relate to that fury, maybe you can too. It’s pretty much impossible to be a Beatles fan after a certain age, and not be genuinely cross with Lennon about a lot of the decisions he made, people he hung out with, and so forth. NOT because you want more Beatle tunes–as Lennon was already beginning to argue in 1980–but for the devastating personal price he paid.

We attempt here on Dullblog to be even-handed and, I hope, even compassionate towards these figures, many of whom get lots of worship but very little simple human compassion. Even the few “villains” of the piece–Allen Klein, for example, or Dizz Gillespie–are far from being all villains, and have positive qualities that should be noted because those qualities were a huge part of the story, too.

This morning they plot; in the afternoon they’re nice to a little girl; in between they have lunch. That’s what history is, all of it. Anything less is a fable—told by a child frightened of the dark, wishing not for truth but for sleep.

Why Your Favorite Celebrity Isn’t Who You Think They Are

Suggestions for a newbie?