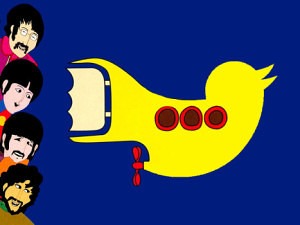 Yesterday, my dear wife learned via Twitter that a group of people would be queueing up the 80s Henson-and-Bowie fever-dream Labrynith on Netflix at 4:00 pm PST, and then live-tweeting it. She had a ball, and it got me to thinking: should we do this on Hey Dullblog?

Unfortunately the only directly Beatle-ish offerings on Netflix are Nowhere Boy and Good Ol’ Freda, either of which would be fun, but not the crazed free-for-all of, say, The Beatles Anthology. If we widen it out a bit, there’s Who is Harry Nilsson (and Why is Everybody Talkin’ About Him?). Thin pickin’s.

Of course, if we just synced up the DVD players, we could watch anything. Anything. Even The Magic Christian.

Opinions? Put ’em in the comments.