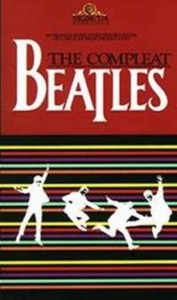 Following some mention in the comments, I was able to find a very nice VHS transfer of the pre-Anthology Beatles documentary The Compleat Beatles, streamable on the Internet Archive. I post it here for several reasons.

When people talk about “the standard narrative,” this is it. The Compleat Beatles is a well-told, extremely concise rendition of The Beatles’ story as most fans knew it before the Anthology in 1995. In other words, from 1970 to 1995 this is what people thought, and even today I suspect that this version of the story is the most defensible. One thing I noticed is that John, Paul, George and Ringo themselves talk very little in this film, so it really is just the narrative the culture winnowed out and stitched together. Every Beatlefan worth their salt should know this version of the story, especially before trolling around the internet. Why? Because this is the first attempt to tell the story from beginning to end; the people who were around in 1981, and more importantly during the Sixties, thought this is what happened, and why.

And that’s another thing that’s really important about this film. It was made practically the moment the story was well and truly over. Lennon was murdered in December 1980, this movie appeared in 1982. It, along with Shout! was one of the first attempts to tell the whole story; but unlike Norman’s book, which has a bit more verve, The Compleat Beatles has no glaring biases. In two hours it simply does not have time to delve deeply into issues like Yoko or Klein or any of the other details of doctrine so beloved by this site. You will not find an in-depth examination of John’s mental state or the Northern Songs debacle…and that’s a good thing, because all the things Beatles fans haggle over today may not, in the end, change the basic story one whit.

Made less than twenty years after The Beatles conquered the world, and barely ten after they broke up, The Compleat Beatles is the closest thing to journalism a conventional documentary can provide. From my perch here in middle age, twenty years feels like the merest eyeblink; the world of 1981/82 was simply not that distant from when it all happened, and so the attitudes and opinions in this film should be given considerable heft for that reason.

There’s something quite touching, almost elegiac about the film; maybe it’s the writing, or Malcolm McDowell. But the documentary—done in the style and probably using the same film stock as old chestnuts like The World at War—is a fascinating time capsule…certainly of my own boyhood, but also of a time which felt simultaneously very close and very far from The Beatles’ era. The Compleat Beatles is a grappling with the Sixties from the vantagepoint of the Eighties. “That was extraordinary, but what was it?”

Much online Beatle content seems rather bored with this version of the story, but that’s neither wise nor fair. Even in its most standard narrative, The Beatles’ story is extraordinary, unprecedented—and this telling is how the era that produced and raised up The Beatles made sense of what had happened. That matters, and for that reason alone, this version should be learned well first. The Compleat Beatles, then Anthology, should be required viewing before Peter Jackson’s documentary.