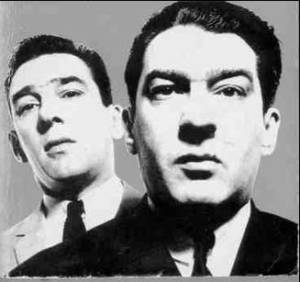 For those (mostly American?) readers who haven’t run across Ronnie and Reggie Kray, they were a pair of murderous twin brother gangsters who ruled the London underworld in the 1960s. Probably the most notorious British criminals since Jack the Ripper (sorry, Crippen). Before settling down to serious lawbreaking, the Krays were amateur boxers run out of the Army for being too wild; Ronnie was gay (sorry: “I’m bisexual, not gay. Bisexual“) and Reggie was straight. Ronnie was also paranoid schizophrenic, while Reggie was apparently neurotypical which is…kinda worse?

So what do they have to do with our Beatles? Nothing—and of course, everything. In the late 1950s, the brothers were working for a Liverpool gangster called Jay Murray, someone that The Beatles and their manager certainly ran across as they set the North on fire. Then, after the Fabs moved down to London, they were frequent guests at Kray-owned casinos. When some Beatle writer blithely drops “Brian racked up enormous gambling debts,” it’s likely that some of those debts were owed to the Krays. Who were legendarily ruthless.

Entertainers and mobsters always mix, for lots of reasons. Entertainment venues are often mobbed-up, and all-cash businesses like concerts are a natural—if you sell 4,579 tickets at £3 each, and claim you sold 4,102, that untraceable £1431 (£3 x 477) is yours to keep. Untraceable cash is the lifeblood of criminal enterprises (and espionage too, by the way). When Brian got his famous “paper bag money,” it was this untraceable cash, which was then distributed hither and yon.

The Beatles were a particularly juicy target: not only were the biggest act in the world, they had definitely adult tastes, which coexisted uneasily with the squeaky clean image that they needed to protect. And they had a manager who wasn’t just a gambler, but a gay man with a taste for rough trade. They were, put simply, a blackmailer’s dream. (Take it from Dizz Gillespie.)  “There were photos of me crawling round on my knees coming out of whorehouses in Amsterdam,” Lennon famously said. Who took that photo, who kept it hidden, and how much did it cost? 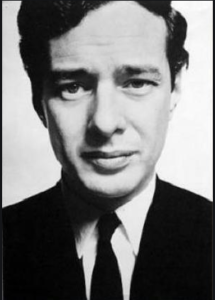 “I gave you my expensive lighter! What more do you want, you bloodsuckers?”

In this era, the connection between gangsters and singers was more overt than usual; John & Paul nestled next to Ronnie & Reggie in David Bailey‘s Box of Pin-Ups, taking Swinging London’s pose of a classless society to absurd, naive lengths.  The codes of propriety that might’ve insulated four men so important to Britain’s balance of trade were put temporarily out-of-order. But as I’ve said recently on the site, this was a “dog that didn’t bark”—at least for as long as Brian was alive. Never spoken about, likely never even written down, from 1964-67 The Beatles sat at the center of a web of clandestine agreements, payoffs made and received to keep the machine running and everybody getting their cut. However, after Brian died, things apparently changed. In 1968, George and John were both busted in a way that was unimaginable in, say, 1966.

There’s so much here, and it’s the story that writers like Mark Lewisohn can’t, or won’t, touch. Most of the people with first-hand knowledge—including both the Krays—are long dead. And who really wants to dig around in all this muck? But right after finishing my Beatle noir novel Life After Death for Beginners, I began plotting a sequel set in London in 1967, centering around all this material, having my Lennon character unraveling the death (murder?) of his beloved manager, who was suicided during some rough sex. (Not my theory; I believe I first read it in 1982 in Peter Brown’s book.) But then I got sick, which is probably Life’s not-so-gentle steering me away from two years spent hanging out with creeps and criminals, junkies and Satanists, thinking of blood and death and murder. I’m a peaceful spirit, folks. 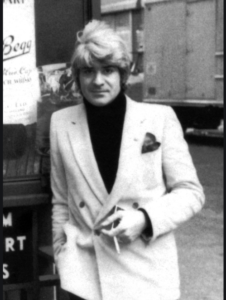 So why am I bringing this up now? The Krays are coming up in the comments, and also last week Michael Bleicher forwarded me this bit of conspiracy theory, supposedly a deleted chapter from the autobiography of “Spanish Tony” Tony Sanchez, drug dealer to Robert Fraser and The Rolling Stones. (I think of Spanish Tony as the Stones’ version of Magic Alex. What is it with these guys and their nicknames?) Even if this “suppressed chapter” is a total pack of lies, it demonstrates the closeness of all these worlds—crime, showbiz, drugs, and so forth—at that time and place.

Anyway, in addition to all the murder and mayhem, Ronnie and Reggie Kray did do one good thing in their lives: They inspired Monty Python’s Doug and Dinnesdale Piranha. If you haven’t heard it, take a listen.

The Merseybeat gang, circa 1962

Bernie and the Beatles