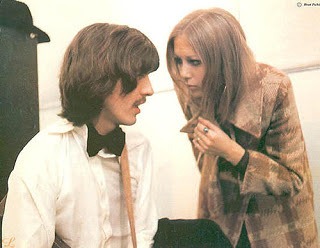 2. From an interview with Fred Armisen by Damian Rogers (on the Believer tumblr):
FA: I had to take all these tests with questions like, Do you see animals other people don’t seem to see? Do you feel a tight band wrapped around your head? It was very embarrassing for me, you know what I mean? No kid wants to go into some room with a psychologist while everyone else is having their day at school. It made me feel very alone. I was just being funny — it wasn’t real. Then hearing John Waters talk about shocking people made me feel like, Oh, there’s a grown-up who’s doing the same thing. So I went to the mall and I bought [John Waters’s] Shock Value and I read the whole thing, cover to cover. And that brought it to another level, because it’s all about the reaction he wants to get from his audience — and by the way, I didn’t read any-thing then, ever. I wasn’t a reader. I didn’t care about literature. I’d read maybe a couple photo books on The Beatles, that’s it. But that book was everything I believed in, and I didn’t even know it yet. The book opens with a line like, “If someone in my audience throws up, it’s like getting a standing ovation.” So I wrote to him. And the way I wrote to him is: he says that he stays with his friend Cookie Mueller—