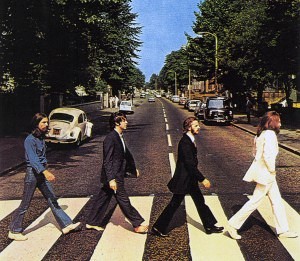 So let’s argue: Which album truly counts as the grand finale?

The case for Let It Be: It came out in 1970, which was after 1969. The case for Abbey Road: (1) virtually all of Let It Be was in the can before the Abbey Road sessions even began; (2) Abbey Road feels more like a classic Beatles record; (3) “I Want You (She’s So Heavy)” was the last time all four played in the studio together; (4) the last song on Abbey Road is called “The End”; (5) except for “Her Majesty”; (6) rebounding from the Let It Be debacle was the main reason the lads summoned up that team spirit for Abbey Road; (7) “Her Majesty” is awesome; (8) in the end the love you take is equal to the love; (9) you make.

What do you think?